In Defense Of Traditional Marriage 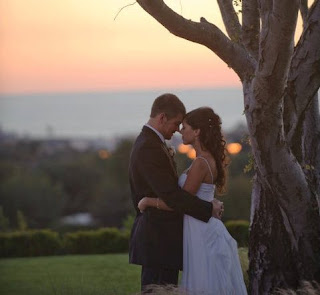 This is a response Ken gave to a young man that was questioning my desire for a small government when I am against abortion and gay marriage ~
You have many interesting points which I cannot address all at this time. It seems that your major issue relates to gay marriage, which has nothing to do with Lori's post... but somehow you infer it because of your premise that government is intruding on privacy if it does not allow it.

No... I would argue that assigning a privileged status to heterosexual couples with marriage is a time honored societal norm and requirement for a healthy society. Your link showing 11 countries that now allow gay marriage proves Lori's point that until 11 years ago, no previous society ever sanctioned gay marriage. The concept of gay marriage is relatively non-existent and to support your position with something that changed 11 years ago as compared to 4000+ years of civilized society proves Lori's point.

You write, " I fail to see how something like gay marriage harms you, and by your own definition, we need to protect the rights to freedom as long as those freedoms do not infringe upon the rights of others." Nature dictates that marriage should be between a man and a woman, not two of the same sex. Companionship, loving a best friend, love for others can still take place without calling it "marriage." Any cursory study of the word marriage will lead you regularly back to one theme, and that is the procreation of children and the making of a family. Two of the same sex are not able to make children, hence, should what they do together be called a marriage?

As you know, we would oppose gay sex on many grounds, moral and natural, but putting that aside, the concept of marriage is, and has been from the beginning of time, a societal recognition of a heterosexual couple who desires to both live together and procreate together. It created a structure for society around which the family was central, primarily because of the need to continue the repopulation of the society.

Now you, and others like you want to rewrite the definition of marriage, and you vehemently protest, unreasonably, that somehow a gay couple is harmed because they are not given marriage status. The reality is that such harm is minimal at best, as civil unions in most states provide almost all the same rights for gay couples as does marriage.

So what are you really fighting for? Recognition that somehow same sex couples deserve the same recognition as married couples, even though such couples cannot procreate? Yes, they can adopt, and I believe that such adoptions are unfair to the child who will not experience the normalcy of a mom and dad in his/her upbringing. Regardless, I still would not oppose same sex couples adopting, BUT they cannot contribute to society what most heterosexual couples can contribute... offspring.

There are few societies until China that did not only desire children and large families but encouraged it as it meant the survival of the society. France is on track to lose most of its cultural survival because the French will not produce a 2 for 2 minimum required to sustain the society, and instead the immigrants are taking over. If you are a "one world" advocate this may not alarm you, but for those of us who love and appreciate cultures passing down from one generation to another, we find that modern society may be doomed, and gay marriage will hasten our demise.

I would challenge you to tell me what rights are taken away from a civil union couple as compared to a married couple, and then hopefully admit, this whole gay marriage issue is nothing much more than the gays wanting to have equal status with heterosexual couples, even when they have three strikes against them; they cannot create offspring together, they cannot give the normalcy of a mom and dad to their child, and the parts do not fit. Yet, you and others somehow feel that gay unions deserve the status as marriage when it falls short in at least three vital areas.

No, it is really about trying to say that homosexuality is OK, when it is not. No legal status of marriage given by the government will ultimately make the parts fit, nor allow the two to procreate with each other, nor make them a normal family. You want a dangerous experiment and then to wait and see where our society and world is in 50-100 years. And besides, giving a privileged status to those who can procreate is not unreasonable and a standard throughout history until very recently, so you cannot blame some of us for believing gay marriage to be a huge mistake.