Their Divorce was NOT God's Will 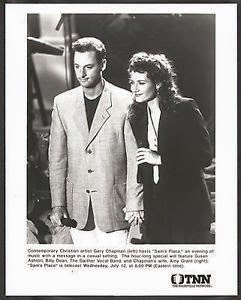 The day that I heard Amy Grant was divorcing her husband was a day I'll never forget. It was in 1999. I was 41 years old with four children still in my home. I couldn't imagine divorcing my husband and destroying the lives of my children like she did. I didn't know all the details of her divorce, but I knew she was with another man shortly after.

Elspeth shared an article recently about the details concerning their divorce from Amy's ex-husband's perspective. It was written a long time ago but it still reveals some troubling things.

"Marriage," he continues, "is like any other situation in life. If you’re trying to walk it out and honor God, you’ve got to surrender your will and lean into what you know His will is. It was not God’s will that we divorced. It wasn’t. That was not His plan. Can He take what has happened and through His miracle of grace do great things for me and for her and for everybody else involved? Yes. And He is. But that doesn’t make it right. It doesn’t. It will never make it right."

Chapman says that while his and Grant’s marriage had its share of rough waters, they had "a pretty good run" from the fall of 1986—following his admission of and subsequent recovery from drug use—until late 1994. "Our marriage has been painted as a very dark kind of thing, [that we] had trouble all along. That is not the truth. I’ve got way too many home videos and photographs and memories and laughs that bounce through my head occasionally."

But, according to Chapman, Grant came to him in late 1994 and made a declaration that took him by surprise: "I don't love you anymore. You're the biggest mistake I've ever made… I've given my heart to another man." In the November cover story, Grant told CCM MAGAZINE that she did not have an affair with Vince Gill, whom she met in 1993 at the taping of a network Christmas special. Chapman says he "chose to believe [Grant]" when she told him that the relationship with Gill was not sexual. In an interview in the Oct. 9, 1999, issue of Nashville’s daily paper, The Tennessean, Grant noted that while her relationship with Gill may have hastened the end of her marriage, she believes the final result was inevitable.

Chapman disagrees, indicating that he believes the relationship was the primary cause of the divorce. "I am torn between relying on the mathematical ability of intelligent people and the stark reality that a lot of people just don’t want to believe the obvious."

It breaks my heart to think of all the other Christian marriages that have been destroyed due to the same thinking, "I don't love you anymore." They don't understand that love is a commitment; a vow they took on their wedding day. Amy did not have one valid biblical reason to divorce her husband but somehow, this doesn't seem to matter much to some women anymore.

***For all of you who are divorced because you didn't "love" your husband, there is forgiveness at the cross. I don't write posts like these to judge those who have done what Amy did but to encourage any of you who are thinking of divorcing your husband for this reason to PLEASE consider changing your mind.