Women Who Have Higher Sex Drives 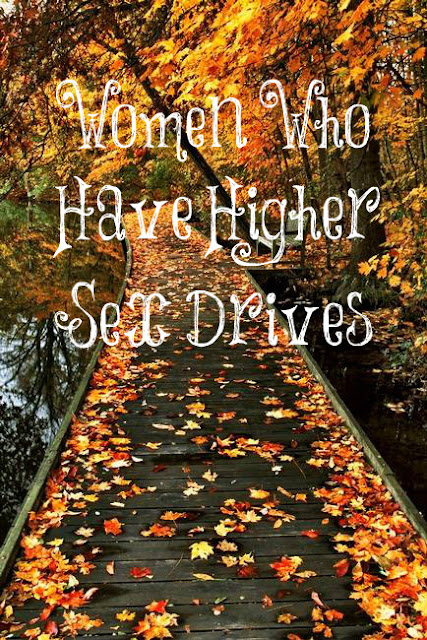 Several women have asked me about a situation where they have higher sex drives than their husbands. Since I have never experienced this, I wasn't sure how to mentor them. Thejoyfilledwife had this problem in her marriage and gave a wonderful comment on one of my posts. So if any of you struggle with this issue, this should be able to help you.

If there's anyone on this board who can relate to the subject you're asking about, it's me. To put it plainly, I have an unusually high sex drive for a woman. My husband is a bit older than I am, and he has a naturally high sex drive as well, but I am even higher than he is. Maybe twice over. And this is not a result of exposure to anything or a byproduct of promiscuity. I was a virgin when we married and was not exposed to all of the garbage that most people are growing up with. It's just the way I'm wired. To add to it all, my husband is most desirous in the early morning and I'm most tired at that time, especially if I've been up several times that night with our little one and their night terrors. I do best in the afternoon and especially evening. He is usually busy in the afternoon and is very tired by nighttime. Our energy and desire levels are almost never matching at the same time, but that's usually the case in marriages.


You can imagine how hard it was for me having to deal with his lack of interest in sex, especially being that I already had a higher sex drive than him. When you desire intimacy twice a day and are denied sexually for up to a month at a time...to say that it was hard to deal with would be an understatement. In order to cope with this, while at the same time trying to "win him without a word"...every night, after my husband fell asleep, I would work out hard in the next room to release as much of that energy as possible. Then I would spend hours in the Word and prayer so that I would not fall into temptation.

This post makes no claims that women are never on the other side of this issue. However, because 80% of the time it's the men being denied sexually, it's an important topic that needs to be discussed. I'll share a couple of my suggestions here from my own experience.

1. My first question is how often are you and your husband having sex? Every man's sex drive is different and I don't think I've ever come across a married couple whose sex drive was identical. Some men like to have sex every day, some a few times a week, some once a week. If a husband is going longer than that without wanting it {and provided he's not getting up there in years}, then there may be something up. Are you asking him for it and he's refusing? Or are you not asking him for it, but he's only initiating infrequently?

2. Secondly, there is a myriad of reasons that a husband may not be wanting sex very often. You named many of them, such as porn use, medical issue, E.D., and the like. Some of the biggest contributors are stress, depression, or tension in the relationship, such as a husband feeling very disrespected by his wife. He may not even say that he feels disrespected, and some men don't even pinpoint it, but it can make them feel a lack of desire toward her. Could this be the case in your marriage? We should always examine our hearts and be willing to ask our husbands if we could be treating them better and how.

Also, as sensitive a subject as it may be, I also encourage wives to make sure they are taking care of themselves. Shower, dress up a little nicer, do your hair, and put on a little makeup before your husband comes home from work. If you haven't been taking care of your body by eating right and exercising, start doing that daily. Most husbands don't care if their wives don't look like supermodels. They just want to know that they are trying their best to be attractive to them. This, coupled with being more flirtatious, respectful, and fun, will usually go a long way.

3. If your husband is a believer and he is denying you intimacy, appeal to him from a Biblical perspective in a respectful way. If he is not a believer, appeal to him as your husband. Tell him your desires and need for closeness. Use descriptive words to let him know how much you want to be close to him. Say it respectfully and tell him how hard it is for you when you aren't regularly intimate...that you don't want to have a wandering mind and desire that all of your affections and desires be aimed at, and fulfilled, by him alone. Make sure you are respectful in your delivery because, sometimes, men have physical issues that they are embarrassed about and they are too ashamed to articulate them.

4. If your husband is not a believer and refuses to have sex with you...along with all of my suggestions above, I am going to recommend that you develop some of the habits that I did when my husband denied me regularly. When you are feeling sad or rejected, go into the other room and workout hard. Do cardio and strength training. Get your body moving and expel energy. This can do a world of good for your mood and for releasing what is built up. Secondly, and most importantly, pray, pray, pray, and spend time in the Word. Seek the Lord's help...ask Him to draw near to you, to fill the void you feel, and to help you become more like Christ. Pray for your husband's salvation.

There is not a one-size-fits-all answer for every scenario, but my final recommendation will help, no matter the reasons for the disconnect. Please know that I truly know how it feels. I cried myself to sleep many nights as I dealt with this same void in my relationship with my husband. Praise be to God, He is able to heal! Once my husband began to overcome his addiction, things completely turned around in this area. Now, just as I had been an example to him by never refusing him, he now will often ask me if I need him intimately at that moment, even though I can tell he is extremely tired. We reap what we sow, dear sister. Don't lose hope. God is truly able to heal even the most neglected marriages.