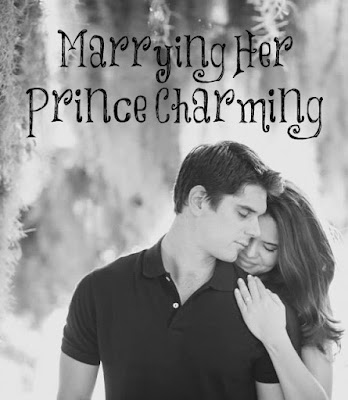 As a little girl, when I realized that I could not in fact marry my Daddy whom I adored, I started to think about the kind of man I would marry someday. “He’s got to be able to make pancakes,” I thought, “and I think he should be strong enough to throw kids in the air while in the pool.” These are just the kind of manly things I knew were essential to a good husband. As I grew older, this list grew longer. I attended a fantastic Christian college which some referred to as the “mecca of Godly men.”

Even though finding a husband wasn’t the highest of my priorities during my undergraduate education, in the back of my mind I always thought, “Well, if I can’t find him HERE where will I find him?!” Many friends found their spouses in college, and while I went on some dates, nothing ever panned out, and I began to wonder when my time would come. I thought maybe my standards were too high. I distinctly remember my mom sitting my younger sister and me down to tell us that our father was indeed, not perfect. She was afraid that we idolized him so much that we held impossibly high standards for men our age.

I first heard about Steven through our mutual friend, Michal. I attended Wheaton College with Michal and her now husband Brian, who has been one of Steven’s best friends since childhood. When Michal found out I would be returning to Texas, she immediately told me about Steven and how wonderful he was and how we should meet. I even have a text message from her that said something to the effect of “you just need to marry Steven already so we can live next door to each other and our kids can be best friends and we can live happily ever after.” If only she knew at the time how right she would be! However, I didn’t really think much of this at that time. Friends have often tried to set me up in the past, and clearly nothing had panned out.

When I finally moved back home to Texas a few months later, I was swept up in the busyness of family {a new niece being born!}, school, and finding a church. I had been attending a wonderful church with my brother and sister-in-law and decided that is where I wanted to call home, when a friend invited me to her Bible Study after the evening service at this same church. Since I was eager to make Christian friends, I readily accepted her invitation. I attended this Bible Study two times and loved it so I committed to becoming a member. On the third Sunday of attending the evening service, as I am walking into church, I look down at my phone and saw I had a missed call from a California number. Because I was already late for church and I didn’t recognize the number, I decided not to call back.

An hour later during Bible Study, a handsome man stood before the class and asked for prayer for his mother’s health {little did I know this was my future husband speaking of my future mother-in-law!}. After Bible Study ended, this handsome stranger came up to me and said, “Hi, are you Emily Rice? I’m Steven!” Blank look on my face…. “Steven Alexander?” Again...not registering. Maybe his handsomeness was so overwhelming I couldn’t remember a thing. “Oooooooh!  I’m Michal’s friend. Hi!” I said back.  “I called you two hours ago!” The missed call from California actually came from Steven. He says that as he was driving to church that evening, he remembered that he had told Michal he would call her friend, Emily, but he never did. He also claims he left a voicemail {which I never received ;)}.

There are many, many churches where we live, and the church we are a part of has over a dozen Bible Studies for young single adults. Of all the churches and all the Bible Studies I could have joined, I joined this one! I think God had a hand in us meeting. I told my mom about the encounter later and she now says that at the time she thought, “Well, that would be a cool story to tell if they get married!” What can I say….mothers can be prophetic! :)

Over the next couple of months, Steven and I chatted at various social events and at church. He could see I was very focused on my studies, but it was still nice to catch up. In December, we went on a coffee date that was fun but I was also distracted with my final exams. Although my head was saying, “This is a great guy!” my heart had some catching up to do. Steven went home for a few weeks over Christmas and I caught up on rest after an intense final exams period. In the beginning of January, he asked me to go running with him. I was with my mom and my sister when he asked me, and my initial reaction was “No way, I can’t run with this guy! He is SO in shape! I will make a fool of myself.” But mom and sister practically answered for me and convinced me that I would be dumb not go with him!

Fortunately, Steven ran at my pace and we were able to hold a conversation for our entire three mile run. We went to dinner after and coffee after that. Five hours later, I left for home feeling a little giddy. We had so much fun together. I had often said there are men I find attractive and intelligent, but I want to be with a man who can also make me laugh because I love to laugh! Well, Steven fit the bill, and the more I knew him, the more I wanted know him.

Since that date in January, we have been inseparable. Two weeks after that running date, we began officially dating you could say. He made his intentions known, and it was then I truly felt I could let my guard down around him. You see, I’ve never been much of a flirt and looking back I can see how I was hard to read in the beginning. But Steven says he loves that I was guarded, because it showed him that I was that way around all guys.

On Valentine’s Day, I shared one of my journal entries with Steven that I had written three days prior to our running date. I felt The Lord telling me to pray for my future husband, and I wrote “Not sure why, but something tells me my time is coming soon.” Little did I know how soon!

We dated three and a half months prior to engagement, and our engagement is three and a half months. The support from family and friends has confirmed that this is good, and this is from God. I used to see people getting married after six months and think, “They are crazy. There is no way they know each other well enough!” I couldn’t have been more wrong.

Do I know every one of Steven’s habits and mannerisms? No. {But a couple who has been dating two years won’t know every detail either!} Do I know his character? Yes. Do I know his commitment to family and love for the Lord? Absolutely. Do I trust in my Heavenly Father who has protected and provided for me my entire life, and who has placed such an amazing man in my life? You bet. There are no guarantees in this life apart from what God has promised in His Word. I believe God when He promises that good things will come to those who wait on Him. My good thing in this case happened to be a tall, dark, and handsome surfer who is sold out for Jesus! :)

I’ll end with one of my favorite quotes by Charles Stanley:  “Our willingness to wait reveals the value we place on the object we are waiting for.” The Lord protected me my entire life, and especially in my dating life. Looking back, I see nothing but evidence of God’s grace in my life and I recognize that I can take no credit for God’s work.

To young single women out there: keep fighting the good fight! I’ve been there, and I know the feeling of longing for intimacy and marriage. It’s funny because I’m a week away from my wedding marrying the man of my dreams and while I am happier than I’ve ever been, I’ve realized still that nothing can compare to the love of our Savior Jesus Christ. I won’t tell you that your Prince Charming is on his way, because I don’t know that and God has not promised that. But I know the Truth that The Lord will never abandon you or forsake you. His promises are good and He desires the greatest intimacy you will ever experience. Abide in Him, and see that He is good.

While the wedding is exciting and I can’t wait to see all our friends and family together, it’s the marriage I am most excited about. I said recently that Steven is 25-year-old Emily’s dream come true, but also 13-year old Emily’s! In case you’re wondering, he is definitely strong enough to throw kids in the pool, and the jury is still out on the pancakes but who knows...maybe this post will encourage some creativity in the kitchen! ;) {Mom speaking here, he has NEVER made pancakes, but he's a very fast learner!} 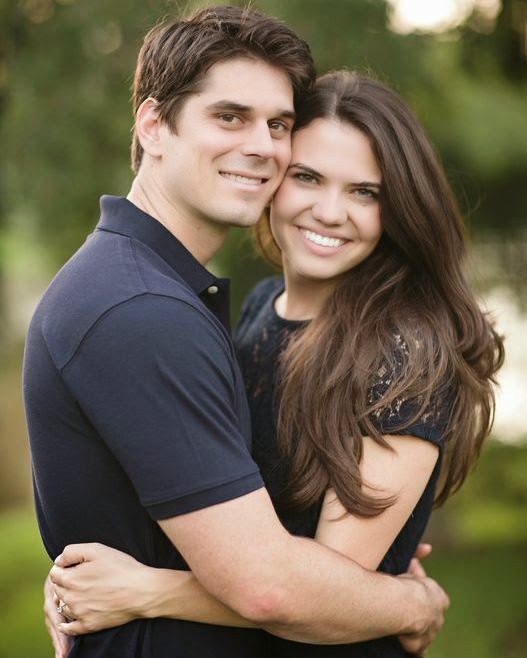 Place me like a seal over your heart, like a seal on your arm;
for love is as strong as death.
Song of Solomon 8:6