My Grandma Refused To Vaccinate Her Children 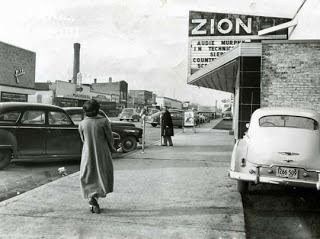 Dr. Mercola wrote about the dangers of the measles vaccination HERE. The Healthy Home Economist wrote about many people being afraid of vaccinating their children HERE. This is what the CDC said are the symptoms of measles ~

A typical case of measles begins with mild to moderate fever, cough, runny nose, red eyes, and sore throat. Two or three days after symptoms begin, tiny white spots (Koplik’s spots) may appear inside the mouth.
Three to five days after the start of symptoms, a red or reddish-brown rash appears. The rash usually begins on a person’s face at the hairline and spreads downward to the neck, trunk, arms, legs, and feet. When the rash appears, a person’s fever may spike to more than 104 degrees Fahrenheit. After a few days, the fever subsides and the rash fades. {A fever is a body's way of fighting disease.}
All of my children had chickenpox. Yes, they were miserable for several days, but they survived. They have all had the flu and gotten through it. I believe we do what doctors tell us to do way too easily without researching exactly what is in the vaccinations and what the long term effects are. Now adults are getting chickenpox which is WAY more dangerous than children getting it and when you get a certain strain of the flu, chickenpox or measles, your body develops a natural immunity to them so you will never get them again.
My grandmother had seven children. She was born in the very early 1900s way before any studies on vaccinations had been done. She birthed all of her children in her home and didn't vaccinate any of them. She didn't want to put that "poison" into their bodies as she put it. She raised them on a lot of fruits and vegetables, meat, dairy, and eggs. She always had a large garden. Only one of the seven got cancer and that was the oldest son. He smoked and got lung cancer. All five daughters are in their 80s and early 90s and have done amazingly good health wise.
I am not telling you to vaccinate or not to vaccinate but do a lot of research before you put any vaccine or drug into your body. All drugs and vaccinations have side effects. Most healthy bodies can fight most diseases. I believe a healthy immune system is the key to good health. There is just too much autism, autoimmune diseases, and cancer to not make us leery of adding one more toxin to our children's bodies. HERE is another good article about our children's immune systems being overloaded with vaccinations. Be a wise parent and make decisions carefully, prayerfully, and with a lot of research.

If any of you lacks wisdom, let him ask God,
who gives generously to all without reproach,
and it will be given him.
James 1:5

***I realize a lot of you vaccinate your children. It is your choice to do so but allow those who choose not to vaccinate to do so without condemning or judging them. I tend to go against the flow with much of what society does, as you have noticed. I want to thoroughly research EVERYTHING before jumping headlong with what "everyone else is doing."


***Remember, I'm NOT a doctor. I'm just a homemaker who loves to research


natural cures and have found many that have worked for my family and me. Information I have given is for educational and informational purposes only and to motivate you to make your own health care and dietary decisions based upon your own research and in partnership with your health care provider. Any statements or claims about the possible health benefits conferred by any foods or supplements have not been evaluated by the Food and Drug Administration and are not intended to diagnose, treat, cure or prevent any disease. Nothing you read here should be relied upon to determine dietary changes, a medical diagnosis or course of treatment.