Does God Care About Feminists' Accomplishments? 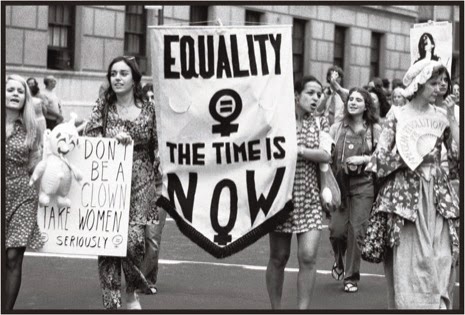 More women started careers instead of staying home with their children. In 1970, 8 percent of all medical school graduates and 5 percent of law school graduates were women. By 1998, those numbers had risen to 42 and 44 percent respectively. Women also made political gains as many ran for and were elected to office. {source}

I also know they helped abortion become legal, gave women the right to vote, and equal pay for equal work. Are these things important to God?

No, I think some of them are completely contrary to what God wants of women. He WANTS them staying home with their children. I doubt He cares about wives and mothers having careers and running for political office since almost all of the leadership positions held in the Bible were by men. I can't believe He would change His mind over the years because of the new {???} enlightenment.

I know He hates abortion. He hates the killing of the innocent. There is NO chance He supports abortion. What about equal pay for equal work? I am not sure about that since it is simply a result of women leaving their homes for careers and usually neglecting their husbands and homes. The right to vote? Not sure about that either since a wife's vote may cancel out her husband's vote who God has ordained as the head and leader of the home. {Please don't worry, feminists. I promise I will not try to take away your right to vote. Yes, I always vote and I vote exactly the same way that Ken does so I don't cancel out his vote.}

I tried the career path. I tried ruling over my husband. I didn't like it at all. It produced chaos and turmoil in my life. I am thankful I get to be home. I am thankful I was the one who raised my children. I am so thankful I have learned to be a godly, submissive help meet to my husband. Life is SO much better God's ways. Try it. You may find the abundant blessings flowing from doing things God's ways also!