Protect Your Sons From Pornography 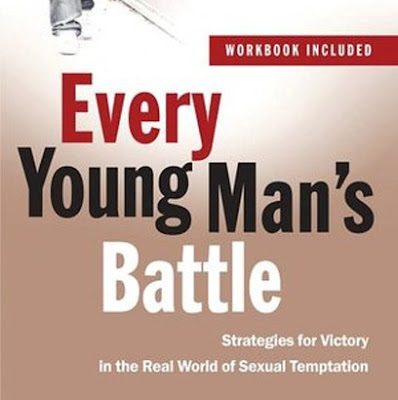 Let me just start by saying, if you don't protect your children from the evils in society, no one will.  I will never forget the first time I saw pornography.  I was in junior high, minding my own business, and walking down the hall.

On the ground was a pornographic picture of a woman.  I will never forget that picture.  Some boys had put it there to watch the reaction  of the people who  saw it.  Most men become addicted to pornography in junior high.  If you send your children to public junior high and high schools, they will see a lot of pornography, particularly your sons.

We homeschooled our sons through junior high because we wanted to protect them.  I asked my oldest son recently if there was something he wished we did to protect him more.

We were always open with our sons about pornography.   We had them read Every Young Man's Battle when they were teenagers.  We monitored what television shows and movies they could watch, even in high school.  We knew the trap pornography is to men and took the warning seriously from the Bible about fleeing the youthful desires of youth.

You, too, cannot expect to send your sons to public schools and not expect them to see it.  At the Christian high school my boys attended, there were Christian teachers and coaches monitoring them.  They were protected.  Of course, they couldn't monitor everything but it was way better than the public school which is so huge there is just no way to monitor all the poor behavior.

Protect your children.  Be wise where you send them and who their friends are.  Don't let them have iPhones until they are 21 years old.  Really!  I still don't have one and I am fine without it.  Put computers in the family room.  Don't allow televisions in their bedrooms. Ask God for wisdom in raising them. Be vigilant for the Devil roams around like a roaring lion looking whom he may devour. Don't let the Devil devour your children because he will if you let him.

Flee from sexual immorality.
All other sins a man commits are outside his body,
but he who sins sexually sins against his own body.
I Corinthians 6:18

Dearly beloved, I beseech you as strangers and pilgrims,
abstain from fleshly lusts, which war against the soul.
I Peter 2:11

Pour Your Heart Out, Mommy Moments