Four Most Important Things In Life 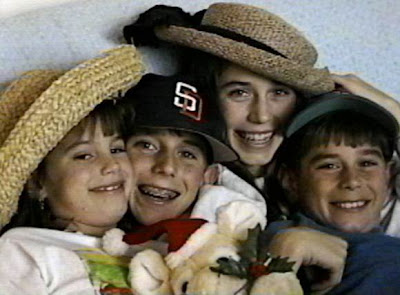 Early in my career as a consultant I discovered that it was next to impossible to change behavior apart from changing thinking. No matter how much you tell a person to do something, no matter what the consequences, punishment keeps behavior in check, but changed thinking is the only thing that will change bad behavior forever. I brought this concept home to the family seeing that indeed God’s Word was exactly right “the truth will set you free.”

From an early age we began to teach our kids certain pillars of truth on which they could hang their beliefs for the rest of their lives. We also taught them that these were the Alexander family’s beliefs and that there may come a time after they move out of the house when they will either have to own these beliefs as their own, or develop their own set of truths by which to best live their lives and please God.

The Alexander Family’s Four Most Important Things in Life are:

These are not completely created by me, but originally the last three came from a video called “Do Right” by the football coach Lou Holtz. I added the first and most important one and then set off teaching what these important mission statements should mean to my family and my many clients.

Whenever something went wrong with one of our children we would simply go back to the four pillars of truth we had established for them by asking them how that behavior or action fit into what the Alexanders are all about.

Was your behavior the right thing to do? Were you treating others the way you would want to be treated, especially your parents? Were you being the best you could be? Do you think God was pleased with you and did you show him love by what you were doing?

Most of the time our misbehaved child would hang their head and nod from side to side saying “No Daddy” at the end of each question. When the inquiry was over I would make them look up at me and I would say, “OK, don’t do it again.”

Most of the time that resolved the issue. From time to time we would have to add that a certain discipline, or a punishment would have to be enforced, especially if it was a second or more times for the same behavior. Often the greatest punishment was the lecture the child had to endure almost always using God’s Word to instill in them and train them in the way they should go. Very little yelling, screaming or spanking was necessary in our home because we regularly trained right thinking, and always held up God’s Word as the standard for our behavior as we sought to fulfill the Four Most Important Things in Life.

As the kids grew into Junior High and eventually High School I discovered the need to add a fifth pillar of truth that would allow our kids to quickly process certain circumstances in which they might find themselves with their friends.

The Fifth Pillar of Truth says: There are a lot of stupid people in this world, don’t be one of them.  It is amazing the stupid things people can do, especially teenagers, and it is scary for a parent to think that one of my kids might follow the crowd right into a car crash, a broken neck diving, or a jail cell. If we do not teach our kids to be able to quickly process that stupidity reigns all around them, and that they are to make wise decisions so they do not end up paralyzed in a wheel chair, or in jail, or dead, they may not have the framework of thinking necessary to stop certain instant reaction behaviors.

Yes, all behavior comes from the way one thinks. Even the stupid things kids do come from the bad thinking that the short term laugh or pleasure I may get from “jumping off the bridge” with the crowd, or my best friend, is worth the risk of long term destruction.

Teach your children at a young age what it means to think and behave wisely, and according to the pillars of God’s Word. They must have a quick and easy framework of truth that becomes a part of themselves so that they can make right decisions at a young age.

I will never forget lecturing to about 350 dentists in Brussels, Belgium when I had taken the boys with me to Europe at ages 7 and 9. I was about to give the Four Most Important Things in Life, and all of the sudden I stopped and announced to the group that my sons were in the back of the auditorium with grandpa. I said, “Stand up, boys, and tell me what are the Four Most Important Things in Life?”

In a totally impromptu moment, each boy quickly yelled out two of the four most important things and the room erupted in a loud applause. Hundreds of families have since applied these pillars of truth and taught them to their kids when they were young and taught them often: in the car, at the table, and each time that one was violated. At times, I have visited a client for the very first time in his practice who had attended one of my lectures, and in their family home the father will call over to his son, “Jean Luc, come tell Mr. Alexander the four most important things in life!” Sure enough, this child has them memorized.

Placing God’s pillars of truth in our minds is not a guarantee that we, or our kids, will always follow them, but I will make you a guarantee that if your kids have no pillars of truth to form the framework and fabric of their lives, they cannot live by them. We live by the truths we know, and believe. Train up your child from a very young age in the truths of God’s Word and establish for them the pillars of truth for your family. Within very little time, you will have your kids coming home telling you the stupid things so many of their friends are doing and thinking, because they know the truth, and the truth has set them free from peer pressure and many wrongheaded thoughts and actions.

So Jesus said to the Jews who had believed him,
“If you abide in my word, you are truly my disciples,
and you will know the truth, and the truth will set you free.
John 8:31-32

Posted by Always Learning at 1:00 PM