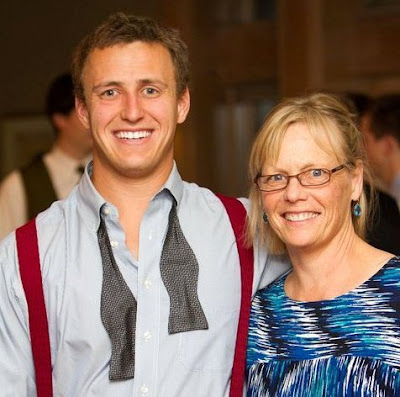 We met our freshmen year at Westmont College.  I was outgoing, talkative and interrupted a lot.  She was quiet, reserved and a fabulous listener.  We got along great!
I introduced her to Rob.  They got married and had three sons.  She told me that after she married him she decided she was never going to nag him and she didn't.  He adored her.
He died of brain cancer when the boys were small and she was a single mom for many years.  She met and married Peter later and he became a father to her boys.
When Peter talks, she puts her hand on him, looks into his eyes and really listens.  She serves him...He adores her also.  I gave her Created to Be His Help Meet only because I thought she could have written it.
I learned to be joyful and smile a lot in front of Ken.  I learned not to manipulate, change or try to control him.  I learned to please and serve him.  This book had a dramatic effect on my marriage.
She told me she learned from it...When Peter asked her if she wanted to go out for a muffin or bagel, she would ask him what he wanted...That's it!  Like I said, she could have written the book.
Her son, Tyler, introduced our family to Jon 3 1/2 years ago.  Jon and Alyssa fell in love and are getting married on Sunday.  You can read their love story here.  It is beautiful!
Sandy is coming here on Thursday with Peter to help us celebrate their marriage.  I can't wait!  Everyone needs a friend like Sandy.  She inspires me...

A friend loves at all times, and a brother is born for adversity.
Proverbs 17:17

Posted by Always Learning at 5:06 AM