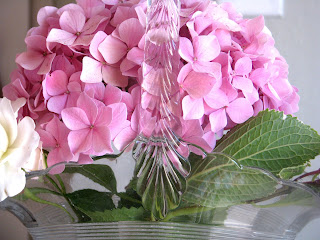 The Bible speaks very clearly about child discipline because it doesn't come naturally to most mothers.  We don't like to see our toddler cry, and we don't like to be the cause of their tears.  But firm, loving discipline at this age saves many tears and much heartache later on.  {Helen Aardsma}

When Helen had five small children, she started a group in her church called "The Young Mother's Class."  Women were coming to her needing to be taught how to be mothers and wives.  One woman named Vikki started attending.  She had two sons that were very undisciplined.  Helen taught about biblical discipline.

One day Vikki's sons were misbehaving so she took them into her van to spank them.  They ran out a few minutes later laughing and continuing in their misbehavior.  Helen told her, "The pain of the spanking has to be greater than the joy of their disobedience. When you do it right, there will be crying and tears."  Discipline that is not painful, is not effective. {Hebrews 12:11}

Vikki started implementing this and soon she had well-behaved sons and every one began enjoying them.  "Other areas began to to be transformed in the women's lives too.  Women began submitting to their husbands. Women with husbands who were unsaved or backslidden began applying I Peter 3:1,2 with remarkable results.  Women who were previously outspoken in church business meetings learned to whisper ideas to their husbands instead.  Women began cutting back on time spent away from home to truly become keepers at home."

Disciplining our children and being submissive do not come naturally to most women.  It is against our nature without God's wisdom.  This is why God commands older women to teach the younger women.  I have tried God's ways and they work.  Teachable women try His ways and find they work also.

Women stop reading my blog when I write about spanking and submission. They have unteachable hearts.  Yes, I know some children have been raised to be good adults without spankings but God tells us to discipline our children with rods {spank}.  I believe God.  His ways are good and they work.

Vikki only wanted two children because her sons were so difficult.  After attending Helen's class and learning how to discipline her sons, she had four more children and learned to be a happy wife and mother at home to her six children.

Folly is bound up in the heart of a child,
but the rod of discipline drives it far from him.
Proverbs 22:15

Whoever spares the rod hates his son,
but he who loves him is diligent to discipline him.
Proverbs 13:24