She Completely Cured Her Eczema! 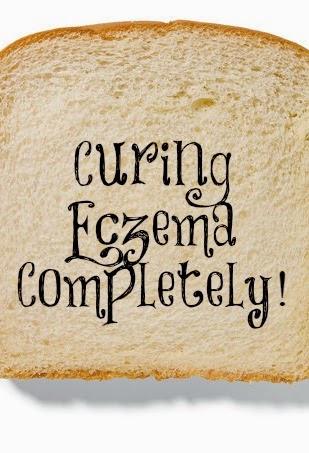 My sister had eczema very badly. She had a huge patch of it on her right arm. She went to a dermatologist for years and none of the creams she was given worked. It was always scaly and bleeding so she had to keep it covered so she wouldn't scratch it.

After her malignant melanoma scare, she completely changed her diet. As soon as she went gluten free, her eczema cleared up! She told her doctor and he just shrugged and said it was good luck. The problem with many doctors is that if they can't cure something with drugs, radiation or surgery, they will tell you there is NO cure.

Remember the Hepatitis A scare from eating the berries sold at Costco? We ate them. Costco was offering free vaccinations for anyone who ate them. We refused. From everything I have read, getting Hepatitis A isn't that bad and a healthy body fights it off.  Most people infected with the virus don't even get sick.  The ingredients of the vaccines aren't good according to  this article.

The agents are filtered, and attenuated with aluminum, formaldehyde, and phenoxyethanol – a synonym for ethylene glycol – a component in antifreeze.

Now they are encouraging all young people to get the HPV vaccine.  Have you studied the side effects of it?  Dr. Mercola wrote about it. Doctors recommend children getting over 49 vaccinations before they are six years old.  In the meantime, autism has risen to one in fifty children. One of the first things doctors learn in medical school is that ALL drugs are toxic to the human body and they should only be given as a last resort AFTER diet and lifestyle changes have been tried.

I am not telling you what to do since I am not a doctor. I just encourage you to research the facts thoroughly before just taking off and doing the recommended thing.  Work on building  a healthy immune system. I like how this one writer concluded his article in the one I posted above ~

Perhaps the darkest consequence of all the foregoing is that most of us have lost our confidence in the inner curative power of Nature {I would say God, instead} – the body’s inborn wisdom. A hundred media snippets a day, week after week, year after year, have undermined our ability to even consider the notion that 99.9% of infants may be perfect as they are. Or that their pure blood is the most sacred medium in the universe, the crucible in which the human genome itself was meant to be safeguarded and passed on from age to age. Or that the immune system can only develop to its full potential if left to its own devices, largely unknown to human science.

I will give thanks to You,
for I am fearfully and wonderfully made;
Wonderful are Your works,
And my soul knows it very well.
Psalms 139:14