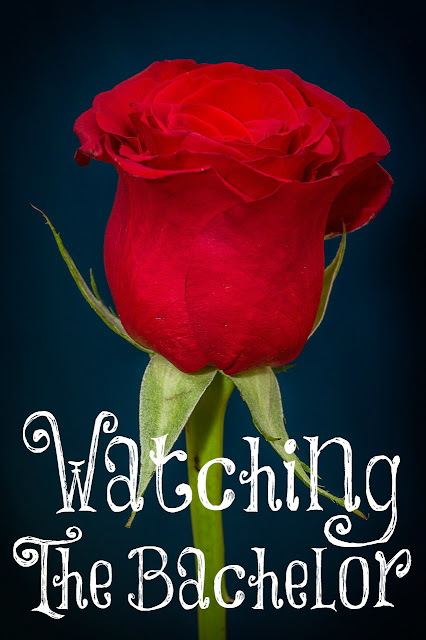 A lot of you like this show, I know. I have a problem with it. I have only watched one season and that was because one of my oldest daughter's classmates was on it. I was disgusted with it back then and greatly disappointed that all the children from the Christian school our children attended were watching it because the young woman from their school made it to the final two so they watched the entire sordid show, sadly.

Watching a guy make out with a bunch of immodestly dressed women is not fun entertainment to me. I watched an interview with the director of it once and he said that each bachelor has had sex with at least two of the girls and that they like to keep the bachelor and the girls a bit drunk so they won't be so inhibited. What kind of a message is this sending to our children and why would believers in Jesus Christ want to watch this?

Even when I was in high school, if I saw a guy making out with different girls all the time, I'd think, "Blech!  I read an article on AOL this morning about The Bachelor and it said the young woman that was chosen a few days ago has already broken up with the guy because she hated the way he made out with the other girls on the show. I'm not sure what she was expecting when she went on the show.

I love a good love story like the rest of the female population does but this is not a healthy show for our society. None of you would consider dating a man before you were married that was making out with other women at the same time so why do you think it's appropriate to watch? Scripture tells us to dwell on the lovely, pure, holy, just, and honest. There should not even be a hint of sexual immorality in our lives and we are to please Him in all we do.

In Romans 1:32, we are warned about being entertained by those who are doing evil: but have pleasure in them that do them. Watching sin grieves the Holy Spirit and steals our joy. As holy children of God who are set apart, we should not be entertained by evil nor want anything to do with it.


Carnal or lukewarm Christians enjoy getting glimpses of evil and will even seek it out at times. But strong meat belongeth to them that are of full age, even those who by reason of use have their senses exercised to discern both good and evil (Hebrews 5:14). Mature Christians will hate what is evil and cling to what is good.

God has given us His instruction Book and has good reasons behind what He wants for us. Dwelling on the lovely and the pure leads to a joyful and peaceful life. Sounds good to me! Don't allow anything to steal your joy, especially an immoral TV show.

Christianity should influence every part of a Christian's life, including what TV shows they watch. Philippians 4:8 needs to be the standard by which they judge everything.

Posted by Always Learning at 1:19 PM