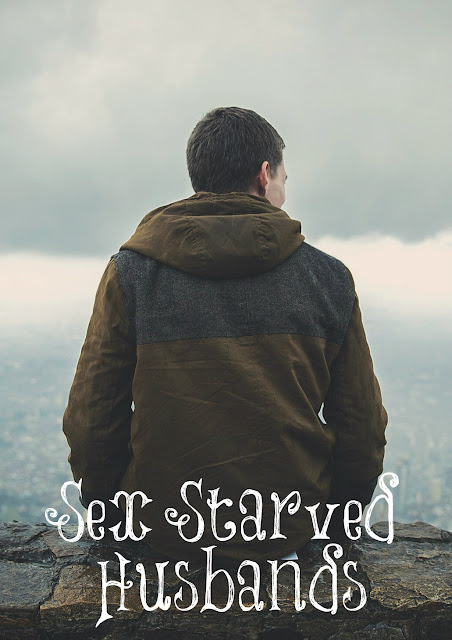 There was a post I was reading about husbands that were starving for sex from their wives.  The first comment from a male was the most eye opening part of the whole post. I have published it in its entirety for you to read because I think it is very important for women to know how men think ~

I am a husband who endured a nearly sexless marriage for 15 years. I can relate to every husband whom you quoted. I wanted desperately to be intimate with my wife more often….but got the cold shoulder over and over again.

In the beginning, I just thought it was normal, but after a few years of marriage I began to realize that my need for sex and intimacy was not being met in a meaningful way. I tried to encourage an atmosphere of love. I did my best to meet all of her needs emotionally, spiritually and physically in a non sexual way to no avail.

I hinted and prodded…still nothing more than once a month at best. I was left feeling inadequate all the time. When we would have sex, I could not last very long because we had sex so little that the excitement was overwhelming when we would. So when we would have sex it would really only last for a minute or two and I would feel guilty.

Some time in our 15th year of marriage, I began scouring the Internet to find out what other Christians had to say about “Sex in Christian Marriage” and I was shocked to find many websites like yours talking about the very things I was feeling. This gave me a feeling that God was hearing my cries.

I bought eBooks written by Christian authors that addressed these issues and when she would ask what I was reading, I would put the eBook on her iPhone for her to read. She slowly began to focus on what was going on and began to read the things I was reading.

Today our marriage is much different. Sex occurs multiple times a week and our relationship has strengthened through God's Love. I would encourage all who are suffering in a sexless or near sexless marriage to put in the effort to bring about change. You may find it was the best thing you ever did.

Stop depriving one another, except by agreement for a time, so that you may devote yourselves to prayer, and come together again so that Satan will not tempt you because of your lack of self-control.
I Corinthians 7:5