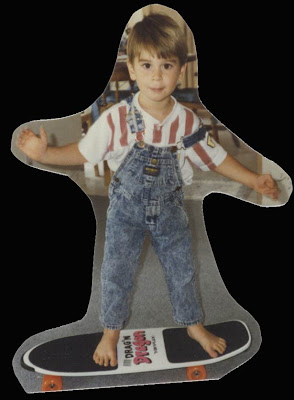 "If you don't get obedience by the time they are eighteen months old, it is too late!"  stated a father of ten children.  I tend to agree with him.  Yes, eighteen months is young but they are little at that age and much easier to control than when they get bigger.

Children's disobedience comes out at a very young age.  We all want our own way and the sooner we learn that we can't have our own way, the easier life will be for us.

As soon as you see your child start to defy your commands to him/her, you must take quick action to make sure they obey you the first time.  One woman remarked that it was extreme to only have to say something once to your child.  She said they weren't robots.

No, they are human beings created in the image of God with the power to obey you the first time you tell them to do something.  Why not train them to do that from a very young age?  You are teaching them self-discipline and that is one of the best gifts you can give your child.

NO,  I don't need dessert every night.

NO,  I am not going to have sex with you before marriage.

NO,   I don't want to skip school and lie to my parents.

NO,  I won't go to that movie just because every one else is.

Self-discipline is a very good thing so do your child a favor and teach them to control themselves at a very young age.  They may grow up to thank you someday.

Folly is bound up in the heart of a child, but the rod of discipline
drives it far from him.
Proverbs 22:15

The picture is of Steven when he was very young, hence the poor quality!