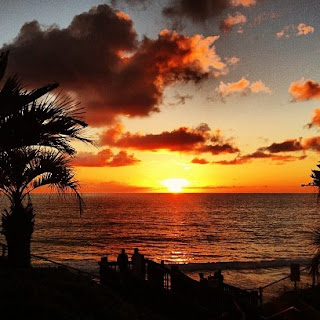 Many believe that God has pulled His hands off of America.  I have even heard preachers preach this and have seen books written to this effect.  I just don't believe this at all.

If there were ten righteous people in Sodom and Gomorrah, God would have spared the city His wrath.  Just ten!  Noah was warned by God when God said His wrath would destroy the world so Noah built an ark for his family and they survived.

America has many righteous people in it;  people who are washed in Jesus' blood and declared righteous by a very righteous God.  I don't believe He will pour His wrath upon His children.  Other men may pour their wrath upon us {terrorists, dictators, criminals, etc.} but not God.

God's wrath is much worse than man's wrath.  His wrath consists of fire and brimstone from heaven and a flood that flooded the whole earth.  Yes, Hitler's wrath was terrible and killed many people but it still wasn't as terrible as God's wrath.

God lives mightily through His people.  As long as we live in America being salt and light, there will be good here.  We must earnestly love those God puts into our path and let them see Jesus in us.  He is the only one that can truly change the hearts and minds of people.

If my people, who are called by my name,
shall humble themselves, and pray,
and seek my face, and turn from their wicked ways;
then will I hear from heaven,
and will forgive their sin, and will heal their land.
2 Chronicles 7;14