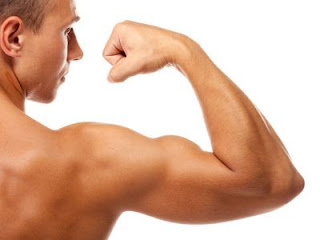 Did you know there are fan clubs for the man who set the Boston bombs off?  Yes, women would love to marry him and think they are in love with him!  What is it that attracts women to evil, mean men?  There are many women who even stay with men who are beating them up.
This was the conversation on the male/female hour on Dennis Prager's radio station.   He was saying that men being the head of the household is being mocked to death now and one isn't allowed to even say such a thing, sadly, even among Christians.
However, even in the midst of the feminists movement that has tried to make men and women equal in every way, most women still want an alpha male, a strong and assertive man.  Basically, they want a masculine man.
Men today are being taught to be sensitive and have more feminine qualities.  Unfortunately, many men are being raised without fathers so they have no masculine role to follow.  Mr. Prager said that men call him up and ask him if they should open a door on a date.  He counsels the men that of course they should and if the women don't want them to open the door, don't date them.
So women who are in love with mass murders have their desires misplaced.  They see murderers as strong, forceful men, something they desire while forgetting the evil, sinister qualities of these men. It is a tightrope men have to walk these days.  They need to be strong and assertive but not become mean and act like a jerk in the process.
I think many godly men fit the mold perfectly.  Jesus was a masculine man.  He truly loved people but rebuked the Pharisees and hypocrites.  He overturned the tables in the temple and fought for justice and mercy.
Yes, women should seek to find a masculine man for a husband.  One who is not afraid to protect and provide for his family.  Yet, in order to do this, she must become a feminine woman.  One who wants to be provided for and protected.  She must also seek to have a gentle and quiet spirit.
I have written unto you, young men,
because ye are strong, and the word of God abides in you,
and ye have overcome the wicked one.
I John 3:14
picture source