Millennials are Hungry for Success 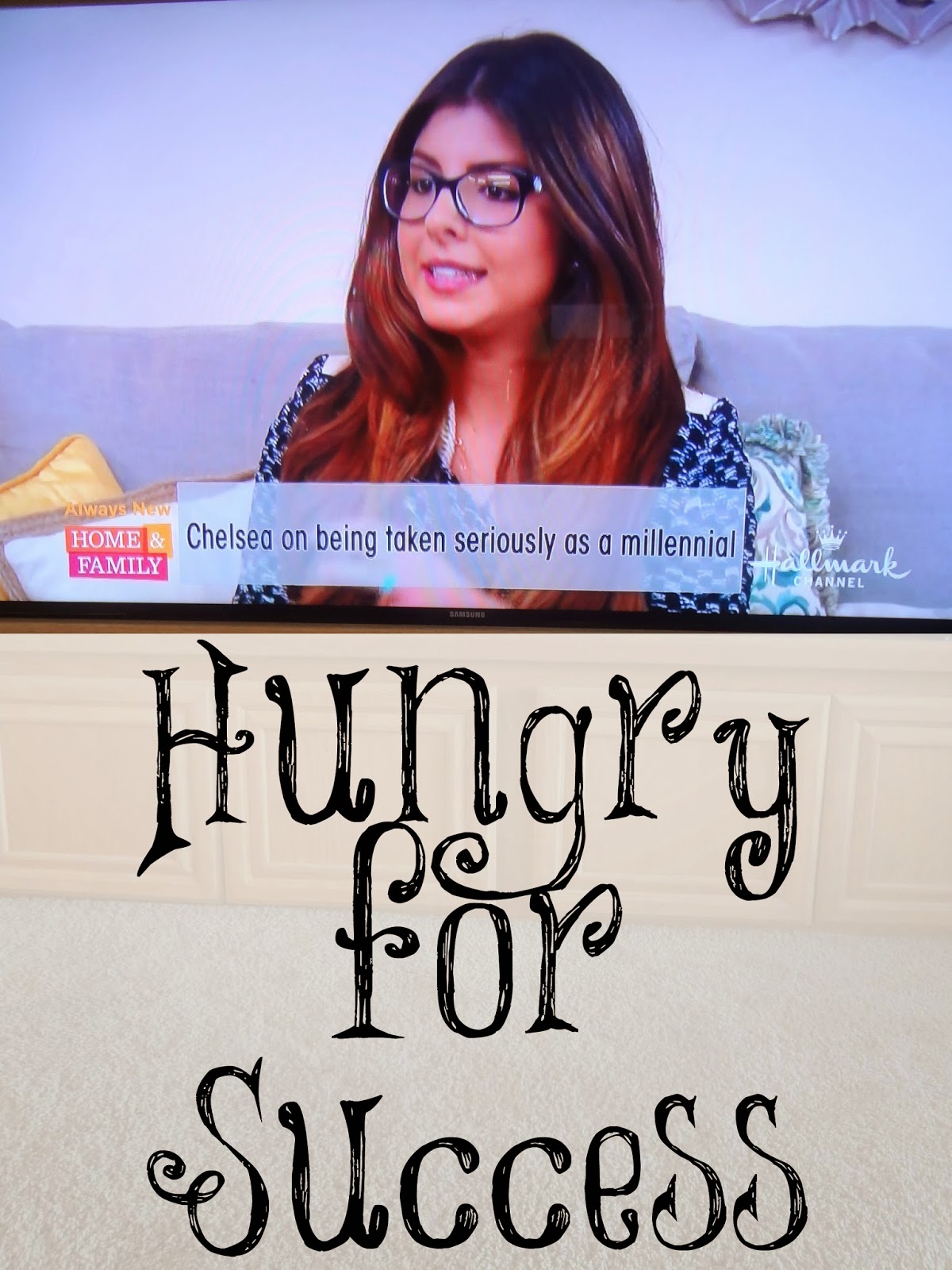 "Bethany Mota was on Forbes Magazine. When you're on Forbes cover, you've made it and she's 18 years old! There's 80 million Millennials; a huge population that are hungry for success...incredibly entrepreneurial, very collective and collaborative because of social media." These words were said by Chelsea Krost. She's defending the Millennials as not all being narcissists, lazy and entitled as many are labeling them.

Therefore, their definition of success is making a ton of money and becoming famous so they can buy a ton of stuff and live like they want. "They want to follow their passion" and "find out what makes them happy. We don't want to settle in a job that is paying our bills if we're not happy" so they change jobs frequently. Many young women have taken up this goal of worldly success instead of desiring to get married and having a family while they are young and fertile. I am sure some of them want a family but AFTER they have started their career and then have someone else raise their babies. If after they get married and they aren't "happy," they'll simply get a divorce.

The definition of narcissism is "an extreme selfishness, with a grandiose view of one's own talents and a craving for admiration, as characterizing a personality type." What she described as Millennials seems fairly narcissist in my opinion! If they're pursuing happiness, no wonder so many of them aren't working in any job they can find and instead living with Mom and Dad until their dream job appears that will make them "happy."

There was a recent study that found 82% of parents did chores growing up; now only 28% require their children to do chores. The reason is due to the emphasis on extracurricular activities and not enough time for chores. The study also found that chores are one of the most important predictors of future success; teaching self-reliance, responsibility and empathy. No wonder this generation is in trouble!

Compare this to my grandmother's generation; those who went through the Great Depression. They were covenant keepers. They kept their marriage vows. They worked hard not expecting to be "happy" but to put food on the table and a roof over their heads. They feared God and most tried living lives that were pleasing to Him, not to themselves. Most of them wouldn't even think about using birth control for baby control.

Romans 1 teaches the progression towards ruin of those who walk away from God's ways, while fully aware that there is a God. Creation proves there is a Creator, yet they are not thankful. They continue to make choices against obeying God so God turns them over to their lusts, gives them a reprobate mind and they become lovers of pleasure rather than lovers of God. Romans 1:31 states they are "without understanding, covenant breakers..." Many Millennials, including all generations after the 60s, are covenant breakers. They think nothing about breaking their marriage vows and not having children. If they are not "happy," they leave their spouse. If they are not "happy" in their jobs, they look for another one. If they are not "happy" being pregnant, they abort their baby.

So how can you raise your children to be like my grandparents generation? Don't give them everything they want. Teach them to work hard; right next to you as you work around the home. Teach them God's Word. Model contentment, so they will be content. Model joyfulness, so they will be joyful. Tell them that trying to find "happiness" in this world is a DEAD END road that leads to destruction.  Instead, teach them these beautiful promises from the Lord ~

Blessed is the man who walks not in the counsel of the wicked, nor stands in the way of sinners, nor sits in the seat of scoffers; but his delight is in the law of the Lord, and on his law he meditates day and night.
Proverbs 1:1-3

Oh, taste and see that the Lord is good!
Blessed is the man who takes refuge in him!
Psalm 34:8

You keep him in perfect peace whose mind is stayed on you, because he trusts in you. Trust in the Lord forever, for the Lord God is an everlasting rock.
Isaiah 26:3, 4

Teach your children to build their lives upon the Rock!
He is the ONLY way to true peace and joy.