The Goal In Disciplining Children 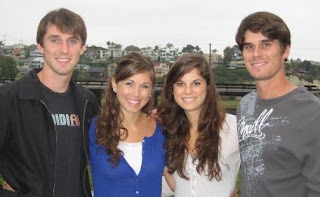 We realized the importance of them knowing Jesus as their personal Savior from a young age.  Without them knowing Him, nothing else mattered to us.  We would sing gospel songs to them when they were young.  We had them memorizing Scripture from an early age.  If their hearts don't change from the power of God, all your disciplining methods will be worthless in the end.  Heaven was our goal.

Having said all that, Ryan does remember being spanked!  I told you in this post I didn't think my children even remembered being spanked and we didn't spank after five years old, but he does remember two times he was spanked around five or six.  One time he lied to me so I spanked him for lying.  He said he remembers Ken spanking him one time but he couldn't recall why.  He said Ken spanked harder and longer than I did!

Steven remembers one time being spanked by Ken.  He said he had no bad feelings about it.  All of my children expressed that sentiment to me.  Cassi remembers every single time she got in trouble.  She has such a tender heart and hated to disappoint us.  She remembers several times she got spanked and just remembers me using my leather strap.  She doesn't remember the pain at all.


Matthew Henry wrote ~ It is better that he should cry under thy rod than under the sword of the magistrate or, which is more fearful, than under divine vengeance.

Therefore,  you can use spanking if you use it in a way that is constructive to the child or any other method you choose as long as your goal is to train them to be obedient.  Children want discipline.  Life is a lot easier when they grow up as disciplined adults.  It is much better they learn discipline from you, rather than from the government, or worse, from God.

Teach them to be other-centered and not self-centered.  The world doesn't revolve around them.  We are here to love God and serve others.  Teach them this early.

I have no greater joy than to hear that my children walk in truth.
3 John 4

Foolishness is bound in the heart of a child;  but the rod of correction shall drive it far from him.
Proverbs 22:15