Should We Correct Those with Wrong Beliefs? 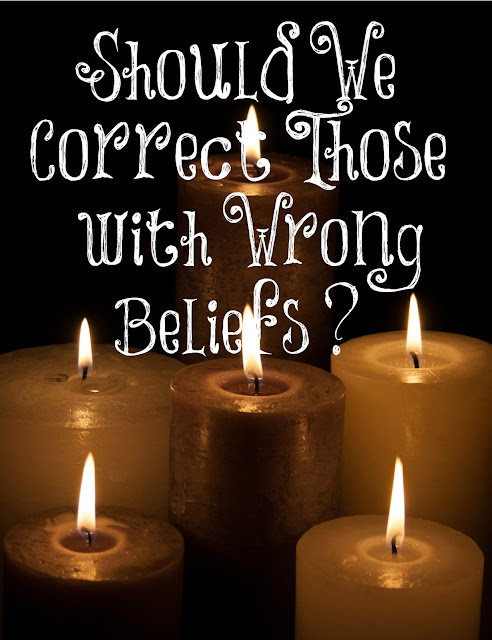 Dennis Prager has said repeatedly on his radio program that before young adults attend universities, they understand the differences between males and females, but upon graduating they no longer understand the difference. This is becoming a sad reality but unfortunately, it's not only in universities now since elementary school children are being taught this foolishness. Now, people can decide what they want to be and no one should tell them otherwise.

Watch this short short clip from a 5'9" white man who tells college student that he is a 6'5" Chinese female. It's unbelievable that these students are willing to allow this man to continue believing what he wants to believe even though it is not the truth. The author of the article wrote, "Society has bought into the notion that leaving people alone with their beliefs is the loving choice, as long as they don’t harm others with those beliefs. Oh the irony! Could anything be more insidiously unloving than knowing someone has wrong beliefs that could be personally harmful, yet prioritizing silence as long as no one else gets hurt?"

In the same way, I get scolded by Christians for teaching women to be submissive to their husbands and that mothers should be home full time caring for their children. People have called me harsh and unloving for doing this but nothing is better for civilization then God's ways.  My marriage began to thrive when I became submissive and obedient to Ken. I had been believing a lie that we could somehow have a great marriage if he did everything the way I wanted him to do it. Thankfully, it was finally pointed out to me that I was believing a lie and it has radically changed our marriage for good. I have seen truth change many marriages for good by teaching this to women.

Many women believe the lie that their children won't suffer if they work outside of the home. They have been breathing the feminist air for their entire lives. Studies have proven what God has clearly stated in His Word what is best for children: mothers being home with them full time caring, training, and disciplining their own children. I don't care if these things offend women. Many women have told me they have been offended by my words but later realize that the Lord's ways are right. Of course they are since He created us and gave us a fabulous instruction manual to follow.

Instead of allowing others to believe in lies and walk on a path to destruction, be bold and willing to teach others the right way to live and to walk. We are commanded to speak the Truth in love, not be silent when someone wants to believe something contrary to God's Word. Explain to them that submission and obedience to a husband doesn't lead to abuse but to a good, solid marriage. Tell them how secure and emotionally stable children are who are raised with a mother home full time. Many in our culture are believing lies about themselves and who they want to believe they are when they are not. Don't sit quietly by and watch them sink lower into depravity. Make sure you tell them about your Savior who has saved you from your sins and from eternal damnation, so they might know Him too. Stop listening to the lies in our culture and dig into the Book of Life; our instruction Book from the Lord Himself.