Foundation Of A Healthy Society 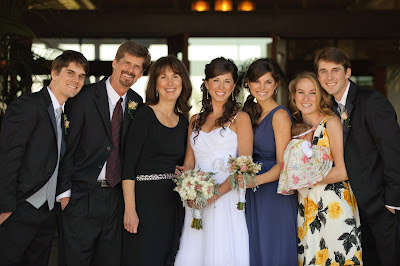 No, it is not capitalism or socialism.  It is not having a conservative or liberal president.  It is not having a roaring economy with a lot of jobs.  It is having strong, healthy families.  "Marriage is the incubator of children, a healthy cultivation of the next generation." {Dr. David Jeremiah}
Marriage is in sorry shape in our society ~
In 1960, 68% of those in their 20's were married.
In 2008, only 52% were married.
In 1990, 3.2 million couples lived together without being married.
In 2010, 7.5 million live together.
In 1969, 68% of Americans believed premarital sex was wrong.
In 2009, 40% believe it is wrong.
Satan knows all this.  He knows that as marriages falter, so goes the stability of society.  That is why he is so busy trying to destroy the institution of marriage as created by God, our Creator.
While we need to vote for good leaders, we need to be much more concerned with strong, healthy marriages.  They will make a much bigger impact on the stability of our nation than any political party or leader can...
I have been studying I Timothy 5 lately.  I have been pondering the role of women that Timothy describes ~
verse 10 ~ Well reported of for good works; if she has brought up children, if she has lodged strangers, if she has washed the saints' feet, if she has relieved the afflicted, if she has diligently followed every good work.
verse 14 ~ I will therefore that the younger women marry, bear children, guide the house, give none occasion to the adversary to speak reproachfully.
I know lots of men want their wives to work.  I don't see anything in the above verses that encourages women to spend many hours every day outside of the home. When they do work full-time, they come home exhausted and have to take care of the home and children.

Since they only have 10% of the testosterone that men have, they don't have the energy to work full-time, care for the home, children, and husbands.  The results...Marriages suffer, then families suffer, and ultimately, society suffers.
Husbands need to be a priority in marriage.  If marriages are healthy, families are healthy, as a result, societies will be healthy.  So if you are going to fight for anything, fight for your marriage where it all begins.