He Turned Mourning Into Dancing 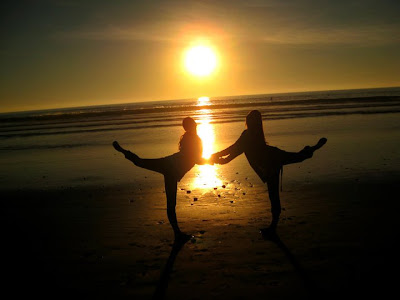 The first day of our Bible Study a year and a half ago, we went around the group and shared a little bit about ourselves.  A pretty, young woman in her late 30's said that she had four children.  She and her husband had been raised in the church, mentored in the church before marriage, and had even been teachers in the church.  She started crying and said that they were separated {her husband was having an affair} and their marriage was a wreck.

I felt compelled to go up to her afterwards and ask her if she had ever had an older woman in her life that taught her how to love her husband.  She told me no.  I asked her if she ever saw a good marriage modeled in front of her.  She said no.

I prayed for an opportunity to be able to talk with her some more.  We had a luncheon at my home and every one had left but her and the leader.  We started talking with her.  I was able to give her Created To Be His Help Meet.  I asked her if she would be willing to meet with me for a month.

For a month we met.  She admitted they had never had a good marriage in the 17 years they had been married.  She recognized all the things that she had done wrong in the marriage.  She went to the beach one night with him and repented of all her sins against him.  They both cried.

On Sunday at the end of the service, we were singing our last song.  I saw her with a young girl.  Then I saw a man next to the girl and I hoped it was her husband.  They all three left during the song.  She was the last one to leave.  I grabbed her, hugged her and asked how she was doing.

She said, "I am doing great.  Thank you so much.  Our marriage is wonderful.  God did a miracle."  I was crying tears of joy.  I was so happy.  God's ways work!  Women need to hear His ways.  They are not being taught or modeled.

If you are an older woman, find younger women to mentor.  Marriages are a mess today.  Most don't know how to do marriage.  We do.  Share your wisdom!

Thou hast turned for me my mourning into dancing: thou hast put off my sackcloth, and girded me with gladness.
Psalm 30:11