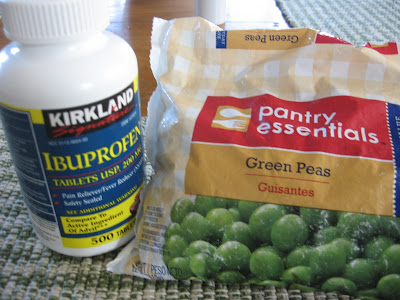 At 2:30 a.m. on a Wednesday morning a week a and half ago, I felt like an explosion took place on the right side of my face wrapping around my eye, jaw, and the back of my head.  Thus began nine days of throbbing, excruciating pain.  A major nerve that wraps around my head became inflamed.  I even lost the use of my right eye.  Yes, ice and Advil became my best friends.

Several days later, I was suppose to have a graduation party for my precious daughter Cassi who just finished a semester carrying 30 units, yes, 30 units and graduated from college.  Cancelled.

My dream ministry job was starting that next Sunday at church.  I was asked to be one of three women who pray over and match mentors with mentees.  I was suppose to go to the kick off meeting and listen to all 40 women give a three minute talk about their lives and the next morning, match them all up.  I was going to be given several mentees who wanted help in their marriages.  I was SO excited...Cancelled.

My mom and dad had a big celebration luncheon for their 60 year wedding anniversary at the same location that Alyssa and Jon were married.  Fresh salmon was on the menu and the whole family and some of my parent's closest friends were going...I couldn't go.

I have learned that my plans have to be held very loosely.  The first 40 hours of my pain when I could hardly even sip water or talk, the verse that kept going through my head was ~

We know ALL things work together for good to those who love God and are called according to His purposes.
Romans 8:28

I love God and I am called according to His purposes so I knew that what I was going through was going to work out for good.  I kept renewing my mind with God's wonderful Truth and was given hope.

Yes, I had to miss out on some wonderful things but I know Who is in control and I trust Him.  I know He loves me and has a wonderful plan for my life.  So far it has involved a lot of pain but I know He is good and will use it for good.

There is no better thing in life than living for Him.  This life is short.  We must live with our plans open wide to Him knowing that His ways are best, even the hard and trying times.  Trust Him.