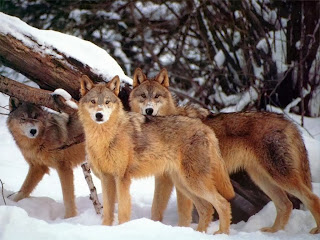 Some people come cross as mean and hateful when they disagree. Whenever I write a post, I never know what the response will be.  I just write my opinions and try to stay within God's Word to guide me.  When I wrote A More Innocent Time, several minutes after it was published, I recieved this email, "One day, Lori, you will have to stand trial before the Lord for all the wicked things you spew on His children and especially on His daughters!"  I simply deleted it and moved on.

I started getting a lot more mean emails and could not fathom why this post would create such a backlash.  I know I have websites that hate everything good, moral, and decent that mock me.  I am use to it and don't let it stop me.

To be clear, my commentary was on a Hallmark movie that was a portrayal of more decent times in our country as I stated in my post ~

It is set in a time in our history when sexual immorality was not nearly as common and society wasn't hyper-sexualized like it is today. I imagine it was a much easier time to remain sexually pure. The music was decent and romantic.  No vulgar words. Divorce was rare.  Parents stayed together and raised their children.  Yes, it is easy to romanticize those days and look back with nostalgia but God has placed us here, in this day, for His purposes.  They had their struggles and we have ours.

That afternoon, I asked Ken to read my post and tell me if I was out of line.  When I asked him, he was already responding to some of my critics.  He wrote ~

I have no clue what world a few commenters are living in, but to think that the world is not running headlong into the End Times is to be out of touch with reality. Evil is always present in the world, but there was a time in the U.S. where churches were filled, neighbors who knew each other and acted like a church, even with unbelievers. Doors were never locked, kids played out in the streets and hope abounded.

Fast forward to today and see that right is wrong and wrong is considered right in so many areas of our society. Abortion is acceptable to half the nation, and with it shacking up is almost the norm for even Christian kids. Being gay is not only considered an acceptable lifestyle, it is honored and glorified on TV, the media and legislated to be something wonderful. Alcohol is now replaced with a myriad of special drugs, and even our kids are loaded up with cocaine like drugs to keep their behavior in check and their grades at a high standard.


The list of degradation in our country from 50 years ago to today is almost endless with prisons filled, divorce rates through the roof and everyone doing what is good in their own eyes instead of listening to God’s Word at church on Sundays and at least trying to be a “good person.”

Let me be clear.  Every era has its evils and my post was specifically focused on our hyper sexed society and the breakdown of the family.  To believe that we are not heading down a path of destruction when it comes to sex is to have one's head either buried in the sand, or to believe an "anything goes concerning sex" philosophy of our times is somehow a good thing.

As long as my husband defends what I write and as long as the Lord allows me to write, I will continue to stand for God's Word no matter what the detractors say.  After all, that is my right, which some would love to take away from me in the name of tolerance.  But where is their tolerance?


Beware of false prophets, who come to you in sheep's clothing


but inwardly are ravenous wolves.
Matthew 7:15