How Do You Respond to Rebuke? 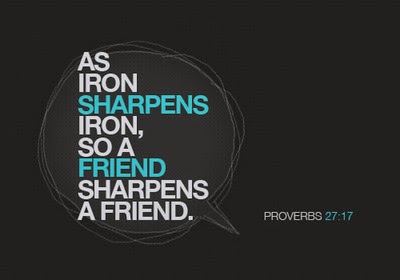 Two different  woman wrote critiques of Debi Pearl's book Created To Be His Help Meet. They were both quite negative about the book and linked to other anti-Pearl blogs that wrote extensive negative critiques about it.

I commented on both of the blogs and tried to defend Debi's book and the mischaracterization both blogs were making about her book. I challenged both of them to first read her book and use quotes directly from her book in context before criticizing it. Believing someone else's criticism about someone is slander. We must always go to the person who is being slandered and read their words for ourselves, so we can get the whole picture of what the person was saying.

One of the blog writers told me I was wrong and wouldn't budge in her assessment of Debi. She kept referring me to this other blog instead of ever using Debi's own words and if she did use Debi's words, I couldn't find them anywhere in my copy of her book. Usually, people twist Debi's words around or take them completely out of context to support their conclusions.

However, on the other blog, the woman was very gracious and apologized. Several months later, she wrote me a long email and sincerely apologized after reading Debi's book with a soft heart. I want to let you read some of her email since it is so refreshing!

After reading the June 1st entry in your blog, I felt led to read Created to Be His Help Meet again, for the second time, with fresh eyes and with a harder exterior. I am onion-skinned, but reading your and Cabintman's posts daily has showed me that just because people are very passionate and not sugar-coating, does not mean they are "bad" {for lack of a better word}. I have been spoiled by April's sunny and sweet writings and personality. That's why we get along so well, we have the same personalities and penchant for being overly sweet at times, with a million smiley faces. :)

Anyway, I finished reading Mrs. Pearl's book, and I enjoyed it. I even got convicted by it, and got teary-eyed in some portions. I have no bad blood with Mrs. Pearl, although, I still cringe every time I read spicy and salty words in the book. {Again, going back to the culture thing, being Filipino.} But, I read on and I saw the goodness in her heart and her desire to teach young women to follow the ways of God.

Having said that, I want to apologize for my poor judgment in putting up a post on her, with spliced up comments from various anti-Pearl sites. I did not think much of it, until April to my shock, posted my shortened review on her site. {I do not know which ones she would put up from my blog, until it is already up. I gave her the discretion to just get any which she deemed best.} I apologize for hurting you because I know you know her personally, as well as her husband. {We don't know them personally. We just spent a week with them at a retreat years ago.} It took getting hurt for April {someone had said something mean about April on another blog which she wanted to defend}, for me to think about you getting hurt for Debi. I do not even consider myself a feminist and do not share their thoughts on a lot of matters, but in piecing their thoughts together, I inadvertently made myself one too. I should have just stuck it out with my OWN THOUGHTS that I do not care much for the language but that her teachings were sound and solid and much could be gleaned from them, instead of getting every one's thoughts and putting them together.

I would like to say that I follow your blog posts now and that I enjoy them and am learning immensely from them. I am not ashamed to say I am wrong when I really am, and so I apologize for the post and the poor judgment. I told God that in light of true repentance, I will remove the said post from my blog, and I will also ask April to put it down as well in hers.