Are You Reaping Beautiful or Rotten Fruit? 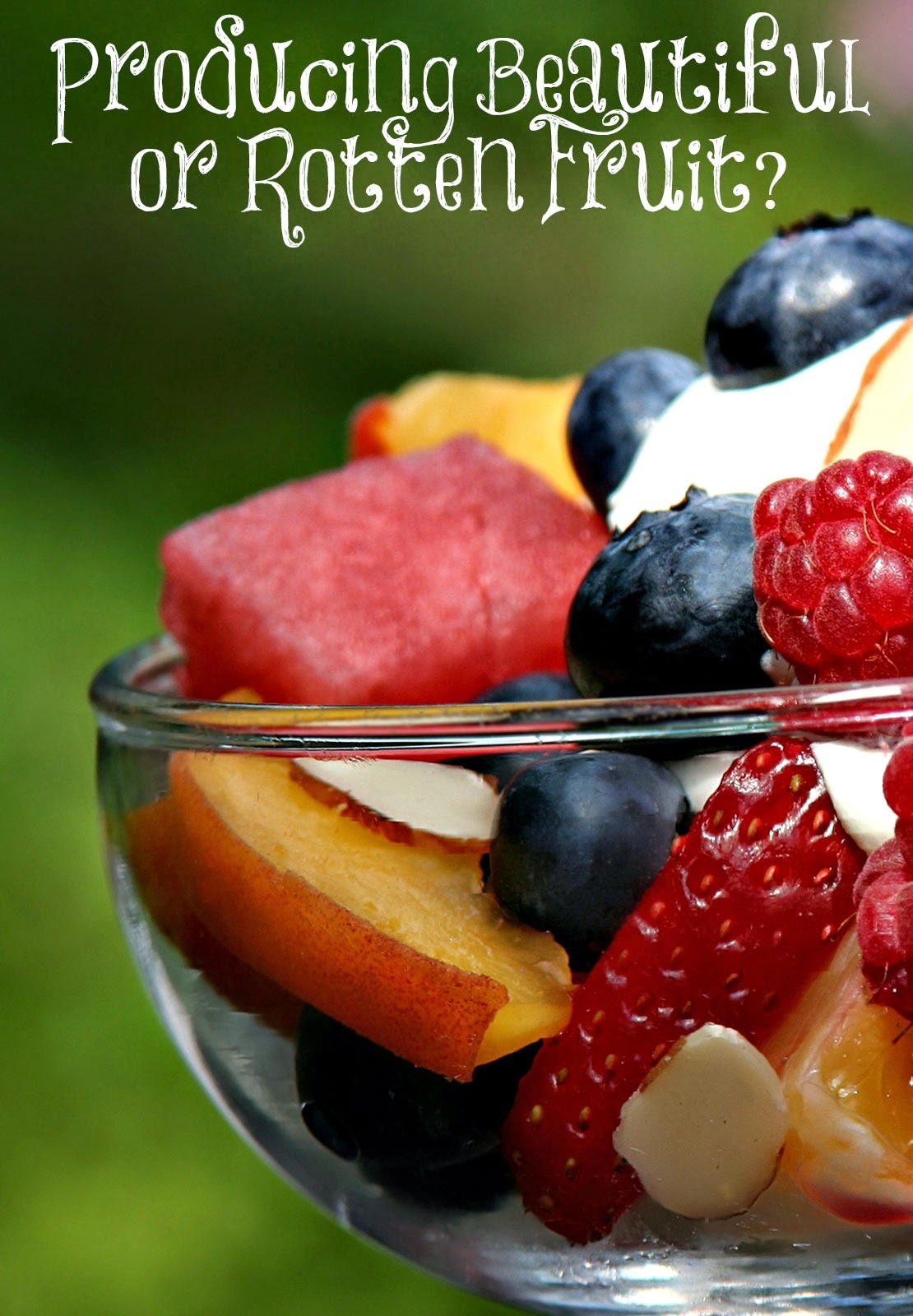 Lot should be an example to us of how we should NOT live our lives! First of all, when Abraham gave him a chance to choose what land he wanted for his own, he chose the best land for himself . He was selfish, not generous as God commands us to be. He did not think more highly of others than himself.

When the two men who were angels went to warn Lot of the coming doom for Sodom and Gomorrah, he committed multiple errors. When all the men of the city were pounding at Lot's door to let them have sex with the two visiting men, Lot offered his two virgin daughters to them instead and even told them to "do as you please with them!" Can you imagine? His daughters were virgins who were engaged to be married so he must have taught them to not be sexually immoral even while living in a very immoral place but he didn't value their virginity or their lives much if he'd just turn them over to the immoral men outside of his home.

When the men would not stop pounding on Lot's door came close to breaking the door down, the angels struck the men with blindness, yet the men still "wearied themselves to find the door." These were disgusting men!  Lot had gone to his daughter's sons-in-law to warn them of the coming destruction but they thought he was only joking. There was NO fear of the Lord in this city.

The next morning, the two angels urged Lot to hurry the but Lot "lingered." He didn't immediately obey. He may have even been contemplating NOT obeying and staying. But the Lord was "merciful to him" and the angels took him out and left him there.

The angels told him to escape for his life and flee to the mountains but Lot didn't want to go to the mountains. He still refused to obey the Lord. He thought that if he fled to the mountains the evil would overtake him and he would die. He doubted God's direction and protection. Later on, Lot's daughters got him drunk and had sex with him.

Just before all of this took place, God spoke concerning Abraham, "I have known him, so that he may teach and command his children and the sons of his house after him to keep the way of the Lord and to do what is just and righteous, so the Lord may bring Abraham what he has promised" {Genesis 18:19}. When God commanded Abraham to do something, he did it immediately. When God told him to circumcise all the men, he did it immediately. When he was told to kill his only son, he went to do it immediately. "And Abraham believed in the Lord and He counted to Him as righteousness" {Genesis 15:6}.

One man followed the Lord and obeyed immediately. The other man didn't follow the Lord and His ways and he didn't obey immediately. We see the fruit of each man's life. Lot's city was destroyed, his wife killed, and his daughters were sexually immoral producing godless offspring. Abraham has a city without foundations, more godly offspring than the sand of the seashore, and accomplished great things for the Lord.

Do you follow God's ways and obey Him immediately or do you enjoy mingling with the world, doing things your own way and maybe obeying Him when you feel like it? Do you teach your children to obey you immediately or do you tell them to do something and then count to ten hoping they will obey? The choice is yours. Will you walk in complete obedience to God and His ways and reap beautiful fruit or will you walk in partial or no obedience to God and reap rotten fruit?