Is Being Overweight A Sin? 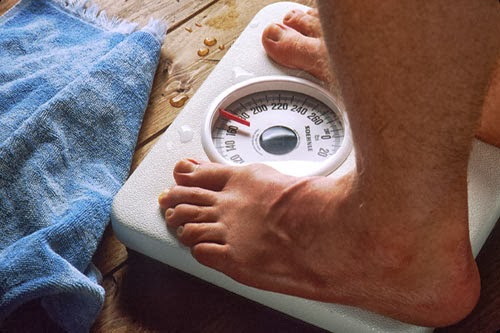 I was overweight in college.  I admit I was a glutton.  My college friends and I would go on eating binges at least once a week and eat until we were sick!  I hated myself for the lack of self-control I had and I weighed about fifteen pounds more than I liked.

When I watch shows like the Biggest Loser, they show what these obese people eat in a day and it is an enormous amount.  They are definitely gluttons and would probably admit it.

I guess it comes down to each person's own conscience.  They know whether or not they are being a glutton which is a sin.  Here is a great quote by S. Michael Houdmann about food and our relationship to it ~

God has blessed us by filling the earth with foods that are delicious, nutritious, and pleasurable.  We should honor God's creation by enjoying these foods and by eating them in appropriate quantities.  God calls us to control our appetites, rather than allowing them to control us.

Self-control is a difficult thing in this day and age.  We live with the motto, "If it feels good, do it."  It is so easy to give into our fleshly appetites and forget all about discipline.  I know it is very hard to lose weight but we should never give up the battle.

Cassi, my daughter, saw the question and emailed me her response ~

I believe it's between you and God.  First, what is being overweight?  There are healthy weights that seem overweight to others.  If you work out, eat healthy, don't over indulge, and there is no act of sin in your eating habits, then "no" overweight is not a sin.  However, the majority of people are obese/overweight because of sin, but who are we to judge.  We are called to love, rebuke when necessary, but always do it in love.  I think with weight problems, it has more to do with the roots of being overweight than being overweight itself.  Cut out the roots, the main sin issues for overindulgence and you'll more than likely become a healthy weight.  All this to say, most of the time, being overweight is a sign of other sins, hurts, addictions, etc.

Yes, we raised one wise daughter! ;)

But I say, walk by the Spirit,
and you will not gratify the desires of the flesh.
Ephesians 5:16

***HERE is the blog of a woman who has found victory over her unhealthy eating patterns and said, "Freedom to control eating food instead of being controlled by eating food is unbelievably freeing."