"But My Wife Is The Better Leader!" 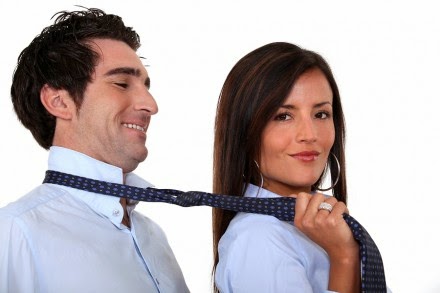 "So if the wife is smarter, wiser and stronger and the husband is either not intelligent enough, worldly enough or possesses enough common sense to make the decisions on his own, the wife's still should submit since God would rather have a man making horrendous decisions all in the name of "order" because he possesses the correct body parts, rather than the wife who does not possess these sacred body parts but is more capable than the husband?" asks Blake on this post.

You are correct in pointing out that there is more to the story of the husband’s role as “head” than simply that God desires order. Unfortunately, space and time prevent a full discussion of the subject as it has many facets. Ultimately, whether you understand why God says, or designs as He does, or not, is of little importance to one who serves under the Lordship of Christ Jesus. You may never have all your answers until we meet Him face to face, and we do not want Him to say to us, “Why did you call me Lord, Lord, but did not do what I say?”

This exact scenario plays itself out in many professional businesses across the world each day. The professional shows up to work with little a clue as to how to run his/her own business having just purchased it from a senior doctor. So how does he/she "lead" this practice forward?

Leadership is many things, but one of a leader’s greatest strengths is knowing his/her own weaknesses and surrounding themselves with people who fill in those weaknesses. It is not by accident that many people marry their opposite as far as personality, precisely because they desire the help and security of knowing that what they may be weak in, their spouse in turn is strong.

Carry this idea into a marriage and one can quickly imagine a marriage like yours. Perhaps a wife who is smarter or a better manager. One who is more “take charge” and get things done than her husband. Heads of corporations around the world are often pulling alongside of themselves these types of born leaders to be the Chief Operating Officer of the business while the Chief Executive Officer is the one with whom “the buck stops here.”

The Chairman of the Board of your family is Jesus, and he is telling husbands that we are the CEO of our family, not because of any body part, but because Christ owns our business and family. He wants husbands to stand before Him some day and give an account for how we managed and led our family. I doubt He will be too pleased if you stand there and say, “That woman you gave me. You know she was smarter, wiser and harder worker than I am so I gave her all the leadership in the family.  It is not my fault if things turned out badly. It’s the woman…”

I think we have all heard that story before and that may be precisely why God has put husbands in charge, “and he will rule over you.” God’s order of things was for Eve to be Adam’s partner, but with Adam leading. When Adam abdicated his God given responsibility to his wife, he plunged all of mankind into sin. Imagine if he had simply said, “No honey. I will not eat the apple and we need to go talk to God about this and make it right.”

You as the appointed leader and head of your family have complete prerogative as to how you want your family to be managed, and the direction it goes, so long as it honors God’s Word. If that means delegating 99.9% of all tasks, duties, decisions, you are free to do so, BUT you remain the head. The buck stops with you when you stand before God some day and give an account. If you take this role seriously you will invariably do exactly what many young owners of a business are doing. They follow the lead of their Office Manager for most daily operations, but they become involved in the month end review and larger decision making. They still may go along with what the Office Manager says to do, but they own it. They know that the success of this family does not belong ultimately to the Office Manager, but to the one who has his name on the door.

Is your name on the door of your family, or did you choose to use your wife’s name?  If it is your name, then honor it by insuring that your family is going the direction they should be. Allow your wife’s personality and leadership style to blossom and flush under your leadership, and reserve the right to make small or large decisions that ultimately determine where your family will end up. Be the CEO of your family, but allow your wife to have the free reign in the operations of how the business runs, but especially from a spiritual standpoint, be sure your family is involved in the right church, having regular devotions, and participating with godly friends.

You, my friend, like it or not will be the one most held accountable for how your family lives here on earth. If you can stand before God and say, “I took the measly talent you gave me and handed it to my wife who is far more talented and together we had a wonderful Christian marriage and raised a terrific godly family,” then perhaps the Lord will say “Well done!”

But something to think about should be that if God gave you the role of being the head and leader, maybe that is exactly what He wanted you to become?  The new doctor is no leader in his/her first years, but fast forward 10-20 years later and they have learned and grown and developed their own leadership skills. It may be here when you stand before the Lord and He tell you that “You missed the whole point of being the head.”

Is it possible that for you, being the head is precisely about growing up mentally, emotionally and spiritually so you have something to offer others in this realm of life? Do you not think that God wants men everywhere to stop depending on their wives to make their lives easier, but instead to jump in and help your wife with this important task? It’s just a thought, but my understanding of what God is doing is to grow us all up into Christ Jesus. If you are not a natural leader, why not accept His call upon your life and at least partner with your spouse on leadership so that you can explain on the judgment day you did not bury your small talent, but instead grew it tenfold. Just because a wife is a natural leader does allow a husband to abdicate his God given role. Learn from her and grow to be a great leader in your own right.

picture source {from a GREAT blog post that is worth your read!}

***Remember, you are a new creature IN CHRIST,
covered with God's grace and mercy, and walk in newness of life!