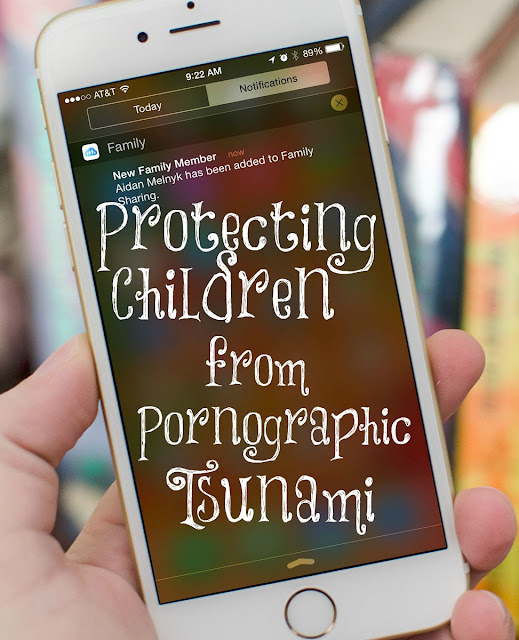 The winds of history have shifted on your watch. If the Lord tarries, you can tell your grandchildren that you lived through the last righteous generation before the moral apocalypse. You are experiencing the transition, and the reculturalization of the entire world is nearly complete.

I {Michael Pearl} am not a prophet, nor the son of a prophet. Nor am I discouraged as was Elijah when he cried out, “I, even I only, am left.” The reality is that you—and every generation before you—were raised in one era, but your young children will come to maturity in an entirely different world, the likes of which has never existed before. You have made a heroic effort to shield them, but Satan has released his weapon of mass destruction. It is not measured in megatons, but in megabits.

Twenty years ago we were able to place our children beyond the reach of Sodom by homeschooling them, but I now see depravity spreading from one Christian homeschool family to the next. The moral shift you are witnessing is much like that of Lot. One day Lot and his children were walking through the wilderness with Abraham, part of a pilgrimage of faith, and the next day they were living in the midst of a culture of perversion and violence. Granted, you have not moved to Sodom, but Sodom has moved to you, one byte at a time. Like Lot, we already vex our righteous souls “from day to day with their unlawful deeds” {2 Peter 2:8}.

For 2,000 years Christian families have sought to protect their children from undesirable elements and unnecessary temptations. You have built a fence and kept out the bad dogs, wolves, and other threatening varmints. But there is a new threat that is airborne; it comes in “the cloud,” and it is almost impossible to prevent your children from being exposed. The pandemic spreads so quickly because children can catch the moral plague secondhand from other children who may not yet manifest outward symptoms. It is a disturbing fact that your children indirectly access Sodom through other children who live in Sodom. And church is as good a place as any to be exposed. “If the foundations be destroyed, what can the righteous do?” {Psalm 11:3}.

Read the rest of this article written by Michael Pearl and how you can protect your children from the depravity going around us that seeks to swallow up your children and destroy them.

***One thing that I would add that the article didn't address is the great need for mothers to come home and be with their children full-time. They are commanded by God to guide their homes and give NONE occasion for the adversary to speak reproachfully {1 Timothy 5:14}.

I also encourage you to listen to John MacArthur's sermon We Will Not Bow and read A Call to Teenagers to Be Free by John Piper.