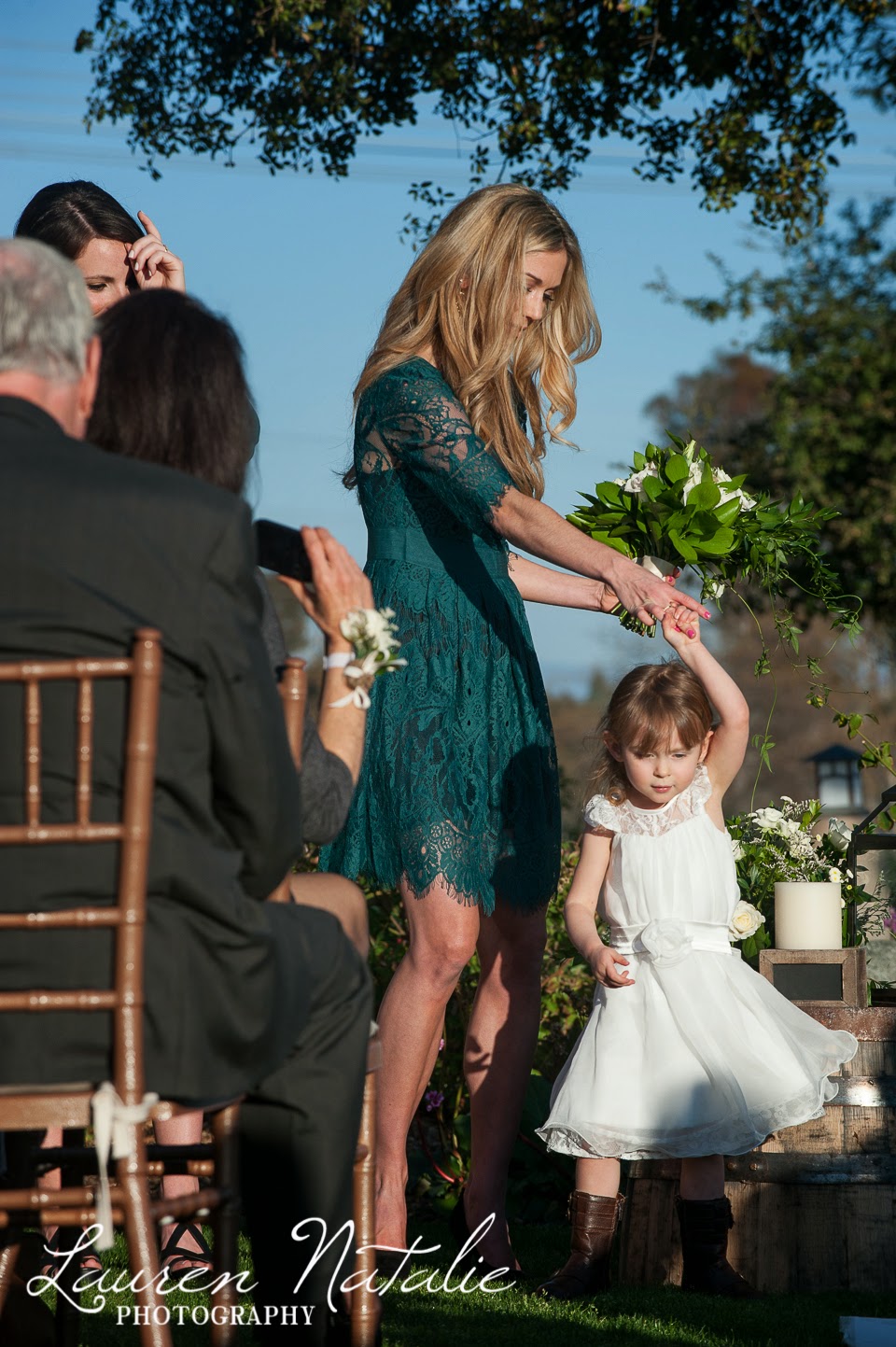 Steven learned to play the guitar about five months ago.  He loves playing it!  When he was home for Christmas, he bought a used one and played it a lot.  Whenever Emma was here, she would immediately begin dancing as soon as he began playing.

During Ryan and Cassi's wedding after Ken had given his message, he told us that Ryan and Cassi would privately pray together and say some private vows to each other while Steven played his guitar to 10,000 Reasons by Matt Redman.

It was a very precious time.  Ryan and Cassi had their arms wrapped around each other and put their heads close to each other the entire song.  As soon as Steven began strumming his guitar, Emma bolted up the isle and took Alyssa's hand, who was the Matron of Honor, and asked Alyssa to dance with her!

Of course Alyssa couldn't at this time, but that didn't deter Emma in the least.  She began twirling and dancing with her arms waving high in the sky the whole song.  She danced around the bridesmaids and Ryan and Cassi.  We all couldn't help giggling.

During the father and daughter dance, she once again ran up on stage and began dancing around Ken and Cassi the entire dance, waving her arms, kicking her feet high in the air and having a wonderful time!  That girl knows how to party! 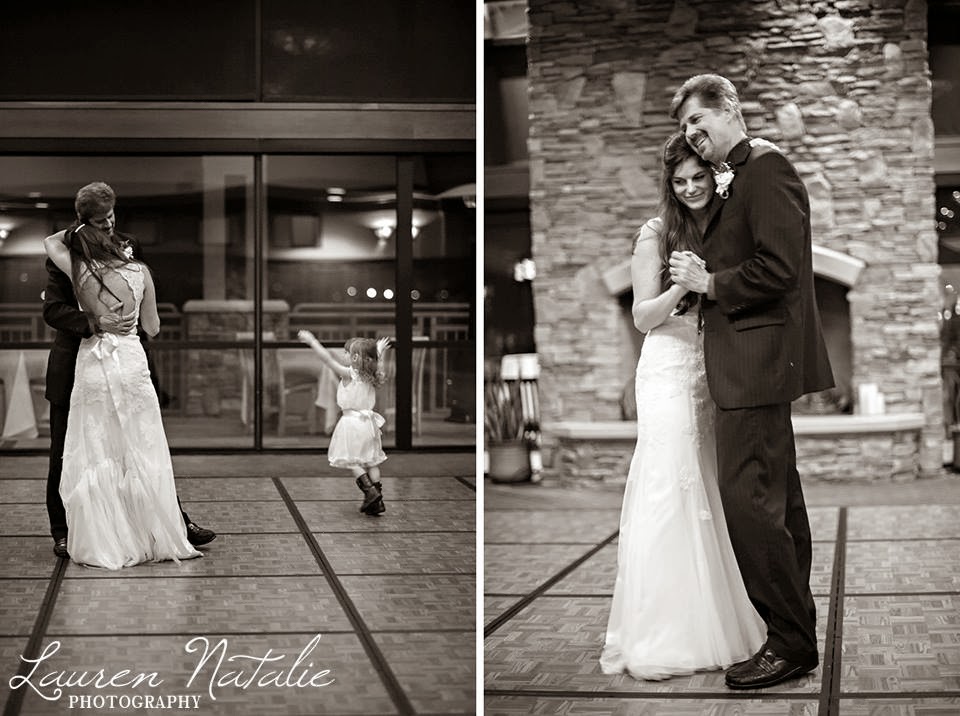 Children bring such an element of joy and fun to events.  Emma was Cassi's flower girl and Baby Kenny was the ring bearer.  Both Ryan and Erin were in the bridal party so all four of them walked up the isle together at the beginning of the ceremony.  Usually everyone stands for the bride but I stood for these four also, since I wanted to watch them the whole way down!

God is good.  He loves for His children to celebrate and be merry!  He created marriage, children, dancing, and food.  This was a special day and will live long in many of our hearts. 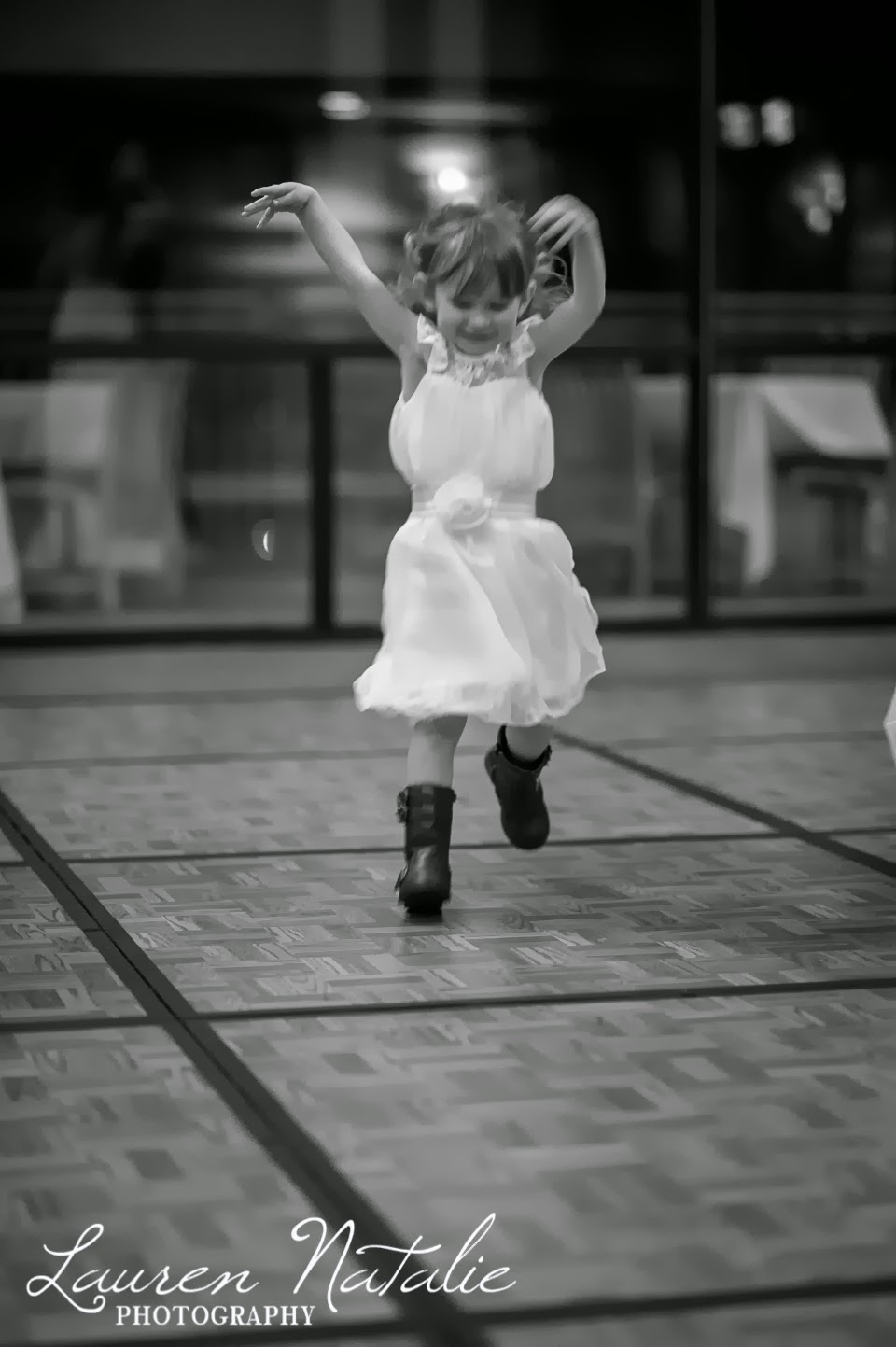 Let them praise his name with dancing,
making melody to him with tambourine and lyre!
Psalm 149:3