Are We Slowly Killing Ourselves? 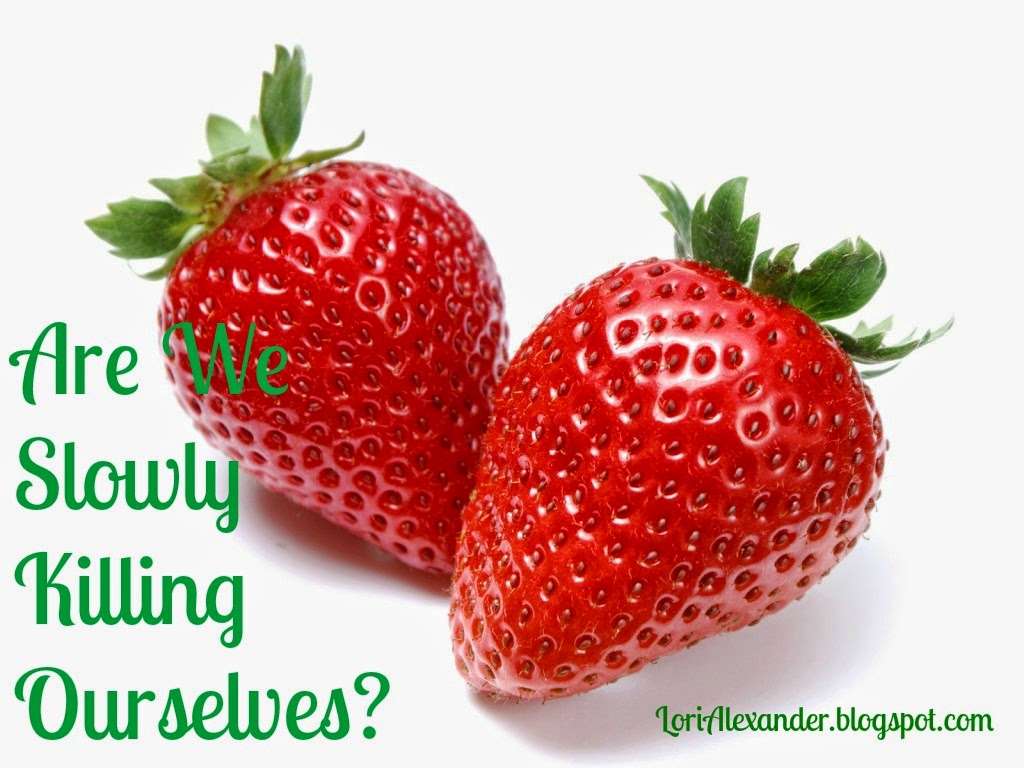 Tony Gwynn  admits that his "dipping" caused the cancer that killed him. All of us who love baseball in San Diego loved Tony Gwynn. He was a family man, loved God, and was always a good role model for the youth.

However, whenever we watched him play {and we watched him a lot}, he had a big wad of tobacco in his right cheek. He got cancer in the salivary gland on the right side of his face and admits it was the tobacco that caused his eventual death at only 54 years old.

We do have choices to make. God gave us free will. We can live as healthy as we can or we can live on McDonald's and processed food. Cancer is rampant. We live in a toxic environment but we have complete control over what goes into our mouths, nourishing our bodies or taking away our health. Your chances of getting cancer go way up if you feed your body caffeine, alcohol, drugs, processed foods, and sugar since cancer feeds on all these things.

My sister, Alisa, got very serious about her health after she was diagnosed with malignant melanoma. She took an extensive course on health. Now, even her grown children are eating very healthy. Her son who is in the Army and lives alone, roasts his own chicken and makes broth from it. Her dream would be to have people who are sick come live with her for awhile so she could teach them how to eat healthy.

Two people she recommends reading are Biodynamic Wellness and Chris Kresser. Also, Dr. Mercola explains the reasons to drink chicken broth. {I always make soup with it.} My sister told me she will NEVER again eat a strawberry that isn't organic. She drives by a strawberry field close to her home and frequently sees men wearing suits that completely cover themselves with masks on to protect themselves while they spray the strawberries! {I realize that eating toxic strawberries is not as bad as chewing tobacco, but strawberries are SO much prettier!}

We have to be wise the way we live our lives! Two of my favorite older women who I have learned SO much from are Debi Pearl and Nancy Campbell and they both eat organic food by growing a lot of their own food, use herbs for healing, etc. We are the temple of the Holy Spirit and we are called to take care of it {I Corinthians 6:19,20}.

One more thing I would like you to consider, when the bubonic plague swept through Europe, far fewer Jews died than every one else.  It wasn't vaccinations or drugs that kept so many of them from getting the bubonic plague. They followed the sanitation laws from the Bible. They washed their hands multiple times a day, bathed at least once a week, stayed away from latrines, and buried their dead. These are only a few examples how Jewish law preserved the Jewish people through this terrible dark period of plague. It imposed a sanitary standard on the Jew far above the ordinary sanitary standard that medieval Europe had. {source}

The reason Ken and I decided not to vaccinate our children after a lot of research was due to the fact that infectious diseases in America became much less prevalent as sanitation improved. Our sanitation in America now is MUCH better than even the Jews was during the bubonic plague. I believe it is a healthy immune system along with cleanliness that fights disease, not toxic drugs which can have numerous long-term side effects.

We are all responsible for how we live our lives. The closer we eat food the way God made it, the healthier we will be. Of course, unforeseen events do happen {like brain tumors...} but we are simply called to do the best we can, be wise in the way that we live our lives, and leave the rest up to the Lord.

Whether therefore ye eat, or drink,
or whatsoever ye do, do all to the glory of God.
I Corinthians 10:31

Kelly The Kitchen Kop is another great, informative blog!