What is a Woman's True Battle? 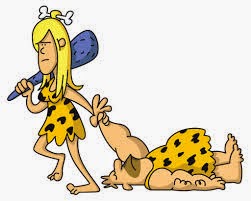 I went over to my son's home recently and Emma opened the door for me. She is three years old and she had a pink, fluffy Bella dress on. Then out walked my grandson in only a diaper. He's only one years old but he had his shoulders back and looked like a stud! Even from childhood, the differences are so apparent and I LOVE them!

Men will always have to battle their sexual nature. Maybe it will get easier as they get older and their testosterone levels decline but we must always remember that No temptation has overtaken you but such as is common to man; and God is faithful, who will not allow you to be tempted beyond what you are able, but with the temptation will provide the way of escape also, so that you will be able to endure it {I Corinthians 10:13}.

However, I have changed my mind about a woman's battle. Yes, we have to learn to control our emotions, but I think our greatest battle will be to not control our husbands. When we confess this to our husbands and help him to realize that this IS a battle, maybe they will have more compassion on us in our battle as we try to have more compassion with them in their battle with their sexual nature.

Am I a 100% non-controlling wife? No! However, I am MUCH better than I use to be. It is something I have to battle. Many women use their emotions to control, so emotions do play a role in it, but I think the root problem is our curse, which is the need to control.

The verse I quoted above for men and their battle against their sexual desire applies the same to us in our battle against control. We can be overcomers through the precious blood of the Lamb. It may mean having our husbands hold us accountable and telling us what makes them feel we are controlling them. We have become so good at controlling them in such subtle ways that we may not even realize ways we try to control.

Half of the battle is already won by just admitting what we are battling and our desire to stop. Then we need to confess it by bringing it to the light and begin working on changing through the Holy Spirit that lives inside of us.

Don't give up, women. It is a battle we can win. I am sure of this! I always think positively when there are things in my life I want to change since God promised me that I can do ALL things through Christ who strengthens me!