In Defense of "To Train Up a Child" 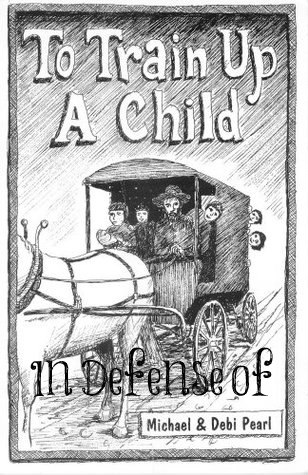 We never once pulled our children's hair or ears. We never slugged them anywhere or slapped them across their face. We rarely yelled at them. We never cussed at them and we never called them names. I was home full-time with them. I taught them all about Jesus and His Word. I made sure they were warm and well-fed. Ken worked hard to provide for them. He coached their sport's teams and taught them that life was not fair and other things they needed to know. We taught them that Alexander's don't fight with each other but loved each other instead. We loved our children deeply and sacrificed for them. They are all adults now who love the Lord and are happily married. We are close to all of them. Yet, some people believe we abused them when they were young because we gave them a few swats on their fanny when they were disobedient. This is how warped our culture has become.

Some countries have forbidden spanking a child; our country will be there one day soon unless there is a revival. The farther away the people of a nation stray from God's Word, the bigger and more powerful a government becomes and begins taking away freedoms from its people. They take away parent's freedom because they believe they know what's best for children instead of the parents.

The purpose for spanking a child is to train them to be obedient. When you ask them to do something, they should obey the first time you ask. The sooner you train them to obey you, the easier child raising will be for you. You don't want to have to count since this won't work if they're running into the street in front of a car or about to touch a hot stove. As soon as you say, "Stop!" they should stop. Train them to obey you the first time! It may save their life someday.

Many people who hate the Pearls send me links of what others have written about the Pearl's form of teaching saying they teach abuse. They never give me quotes directly from the book to state their case. Here, let me give you a few quotes from To Train Up a Child.

"Disciplinary actions can easily become excessive and oppressive if you set aside the tool of training and depend on discipline alone to do the training." {page 9} Training takes a lot more than a few swats on the bottom. It takes time talking to them and explaining right from wrong. It's teaching them the Word of God and having them hide it deep in their hearts. We only spanked our children when they were very young and it was only when they were disobedient so they would begin obeying us. By the time they were five years old, they were obedient to us and happy children. Children need and want boundaries. They want to learn self-control for without it, life is much more difficult. In fact, women from the chat room have thanked me for keeping boundaries in it. Everyone appreciates boundaries in their lives for without them, chaos reigns.

"The average parental response to a disobedient child is to lecture him, shame him, or deprive him of some privilege. His parents may make him go to his room or sit in a corner, or jerk him around and administer a few hasty slaps. Finally, they top it off with a threat and dismiss him with a scowl. A child thus denigrated will not be released from his guilt or rebellion. On the contrary, it will only provoke him to react in anger and make excuses. Accusations, threats, and ridicule, which are forms of intimidation, may cause the child to yield temporary compliance, but his heart of uncleanness remains, and his self-image degrades. He may fall in to a pattern commonly labeled 'self-loathing.'" {page 43} We never did any of these things when our children were disobedient. A few swats on their behind that hurt. They clearly knew what they had done wrong. They felt remorseful and repentant afterwards and it was over. There was no more guilt and they went happily on. It was dealt with quickly and was over. There was no abuse here. Many parents end up abusing their disobedient children while they are growing up with no discipline so they threaten, ridicule, jerk them around, etc. All of which are not profitable at all and don't train a child to be obedient.

"There are always some who act in the extreme. These individuals are capable of using what has been said about the legitimate use of the rod to justify ongoing brutality to their children." {page 50} This is why the Pearls were never persecuted for the deaths of the children whose parents had their book in their home. They clearly teach against abuse.

"The rod should never be a vent for parents' anger...Where the supreme motivation is anything other than the child's good, it is inevitable that such behavior by the parent will assuredly create problems." {page 51} Many people today have deep-seated anger problems from their childhood. Divorce causes anger. Lack of disciplining from childhood causes anger. Not being loved as a child causes anger. If you can't spank your children without anger controlling you, don't spank. The whole premise of this book is to TRAIN your child to one day be a self-controlled, hard-working adult who loves the Lord.

If your children don't obey you; if you don't enjoy them; if you're at a loss as to how to discipline and raise them, I encourage you to read this book. It is full of biblical wisdom and has raised generations of disciplined and happy children!

Train up a child in the way he should go:
and when he is old, he will not depart from it
{Proverbs 22:6}.

***On another note, here is the schedule the CDC has for vaccinating your children. Please be very wise when it comes to putting this many vaccinations into your child's body! 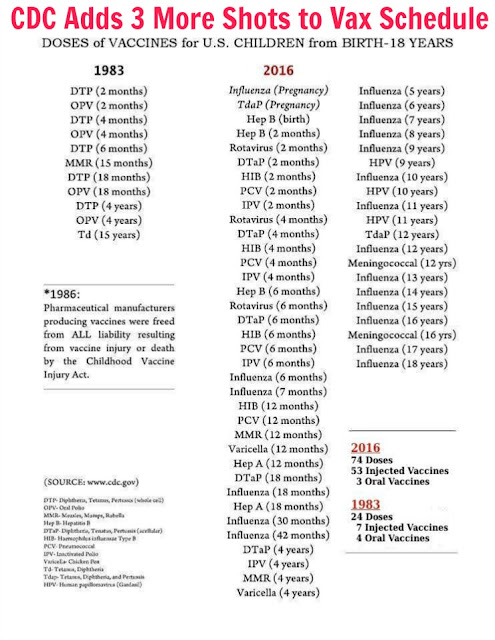