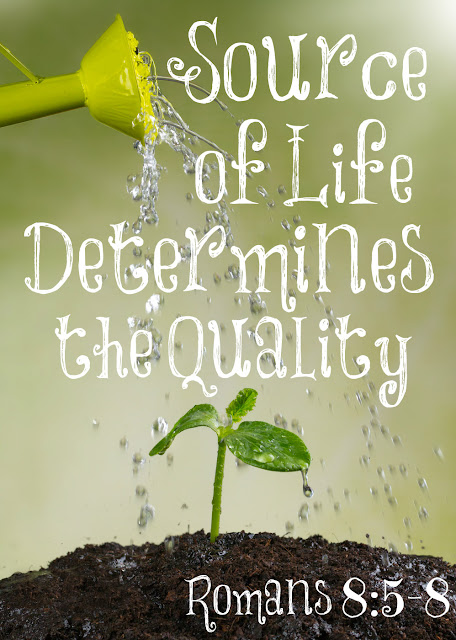 Can born again Christians walk in the flesh? No, because once we believe in Jesus as our Savior our flesh is dead and we are no longer in the flesh, but controlled by the Spirit. {Romans 8:9} Can they sin? Yes, but it no longer defines who they are since they have died to sin and are freed from it {Romans 6}. The New Covenant writers continually point out that living in the flesh is our old identity and we are not to live like that anymore since we are new creatures in Christ!

Adam was created flesh, but was not after the flesh until after he sinned. It was God's intention that Adam, by means of God's presence, should pursue life from the spiritual perspective rather than the fleshly. When Adam chose to allow the flesh to be the primary criterion of life, God departed and left Adam to his carnal choice. He and all his descendants are now after the flesh, unless born again, at which time the Spirit of God joins the spirit of man and he becomes after the Spirit, spiritual. What you choose as most valuable captivates your mind. The little choices throughout the day reveal that to which the heart is dedicated. The fruit of being after the flesh {unregenerate} is to have your mind occupied with pleasing the flesh.

After one has set his mind on the Spirit {repented towards God} and has been crucified and raised to receive a new Spirit of life {becomes spiritually minded} he still maintains control and responsibility for the direction and content of his thoughts. In other words, a spiritually minded person still has the capacity to mind the things of the flesh. Paul will come to this in verse 12.

Because the carnal mind is enmity against God: for it is not subject to the law of God, neither indeed can be {8:7}. The carnal think on carnality and not the Spirit, because their very minds are in a state of declared war with God and His purposes. Furthermore, the carnally minded are destined to death, because with their very thoughts they have made themselves enemies of God. There is nothing inherent in the mind at birth that inclines one to evil thoughts. It is the mind yielding to fleshly passions and then tainted by the accumulation of evil thoughts and habits that becomes the sinful mind. As a man thinks in his heart so is he. A mind that is bent on satisfying the flesh will do nothing else. The natural man can know the things of another man through the human spirit that each possesses, but the spirit of the natural man cannot know the things of God because he is devoid of God's Spirit, and his spirit is in subjection to the drives of his flesh.

So then they that are in the flesh cannot please God {8:8}. It is not that humanity is incapacitated; it is just that humanity alone, separated from Deity, cannot maintain the moral sphere demanded by God. That state of being IN the flesh is the incubator of human sin. One is born in the flesh - the Spirit of God not being present in those born. And with the coming of moral maturity, when one chooses his own course, those in the flesh do mind the things of the flesh. The point Paul is making is that since those in the flesh - the condition of all natural men - cannot please God as Paul tried to do in Romans 7, then the Law is useless to make men righteousness, and something more is required, something that can deal with sin in the flesh. {This is answered next week, but you should already know the answer!}

*The series begins HERE.***From Michael Pearl's teaching with some of my thoughts.