Privileged To Be A Doormat 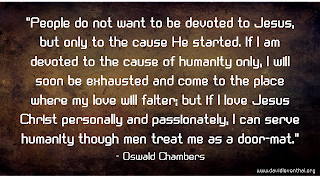 Most women, when they hear about submission, respond with, "Well, I sure don't want to be a doormat!"  One of my readers recently wrote this on one of my posts ~

"Doormats serve a very specific and even edifying purpose, do they not?  What if the doormat said, 'I don't want to be a doormat anymore' in a grumbling, complaining attitude?  Then what would the floors of the house look like?  All manner of dirt and filth from the outside world would be spread throughout our homes.  But if the doormat takes pride in serving the home, filtering it of all the junk that would otherwise enter that home, then I say, 'God, would you allow me to count it a privilege to be a doormat for my home?  Can I serve my husband so that before he enters his castle, he can swipe his shoes of all the outside mess he's stepped in all day?  Would you let me count it a privilege to be that good man's doormat?"

Where in Scripture does it say to not be a doormat?  This is what the Bible says about the God of the universe whom we are to model our lives after ~

Have this attitude in yourselves which was also in Christ Jesus, who, although He existed in the form of God, did not regard equality with God a thing to be grasped, but emptied Himself, taking the form of a bondservant, and being made in the likeness of men.  And being found in appearance as a man, He humbled Himself by becoming obedient to the point of death, even death on a cross.
Philippians 2:5-9

We are so selfish, always protecting ourselves and our rights instead of becoming like Jesus, sacrificing our lives for others, and yes, even becoming a doormat for others.  He is our example.  Stop listening to the counsel of the unsaved or Christians who are not teaching God's Word.  Listen to God's Word instead and model your life upon it.

God tells us the greatest of all is the servant of all.  He calls us to be living sacrifices. {For all of you who are still concerned about physical abuse, NO, this does not include allowing physical abuse by a husband.}    God left His throne in heaven to seek and save that which was lost, namely us.   If He was a doormat for us, the least we can do is to be a happy, privileged doormat for our family.