Using Rats For His Purposes 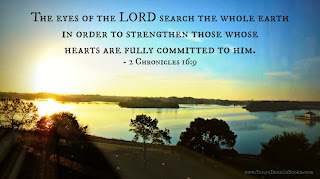 The Assyrian army was terribly wicked during Old Testament times.  They desired to rule the world.  When they would take over a country, they would throw babies under galloping horses, use their swords on anyone they rode past cutting off hands and heads, skin kings alive, use torture for days to get out information, etc.  They were very effective in taking over many countries and putting fear into kings and their people.

Judah, during King Hezekiah's reign, was the only kingdom still standing that was not ruled by the Assyrians.  One day, the people in Judah heard a low rumbling.  They knew it was thousands of Assyrians coming to take over their land.  They shook in fear.

King Hezekiah decided to call upon the name of the Lord.  He knew their was no way humanly possible that he could protect his people against such a powerful foe.  He went to the temple and petitioned the Lord.  He also went around to the people quoting powerful Scripture verses of God's power and protection.  Isaiah the prophet finally prophesied that the Assyrians would be beaten.

As the Assyrians were camped out all around Judah, an infestation of huge, healthy rats started taking over their tents.  Then a terrible plague broke out killing almost every single Assyrian with a violent, painful death. God had used rats to accomplish His will! {The Biblical account states that it was the angel of the Lord who killed 185,00 men in one night. 2 Kings 19:35}

Recently, I have been reading Lynn Austin's series called Chronicles Of The Kings.  I have to admit, I don't read the Old Testament much.  I prefer the New Testament since it teaches me who I am in Christ and instructs me how to live.  However, this series has taught me the value of the Old Testament.

My God, my rock, in whom I take refuge,
my shield, and the horn of my salvation,
my stronghold and my refuge, my savior;
you save me from violence.  I call upon the LORD,
who is worthy to be praised, and I am saved from my enemies.
2 Samuel 22:3,4