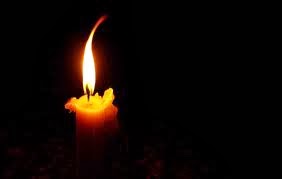 Did you know that Utah wasn't allowed to join the Union until it banned polygamy?  Have you heard that a judge has overruled this ban {Read it here.} by saying it is unconstitutional?  Many people warned that if gays were allowed to get married, the floodgates would be opened and they are opening.

How do we respond to this?  Do we curse the darkness or light a candle?  How are we told to overcome evil?  By doing good.  So how do we fight this particular battle with good?  By having strong and happy marriages.  By loving, obeying, pleasing, and serving your husband.  By winning him without a word.

Our world is being controlled by the prince of darkness.  We know this. The Bible tells us so.  We cannot expect it to act any differently than it is acting.  Therefore, we need to love those who are lost and are heading in the wrong direction which is full of emptiness, boredom, and dissatisfaction.  We need to share the love of Jesus and show them through our lives and marriages what God can do for them.

We shouldn't speak evil of them. They are doing only what they know to do.  They have not been freed from sin.  They have either rejected the Truth or have not heard it.  Show them the Truth.  Tell them the Truth.  Speak light into the darkness.  It is a spiritual battle that is being waged in the heavens.  We must be faithful to walk the narrow road, live in obedience to God, and love others.

For the time will come when they will not endure sound doctrine; but {wanting} to have their ears tickled, they will accumulate for themselves teachers in accordance to their own desires.
2 Timothy 4:3