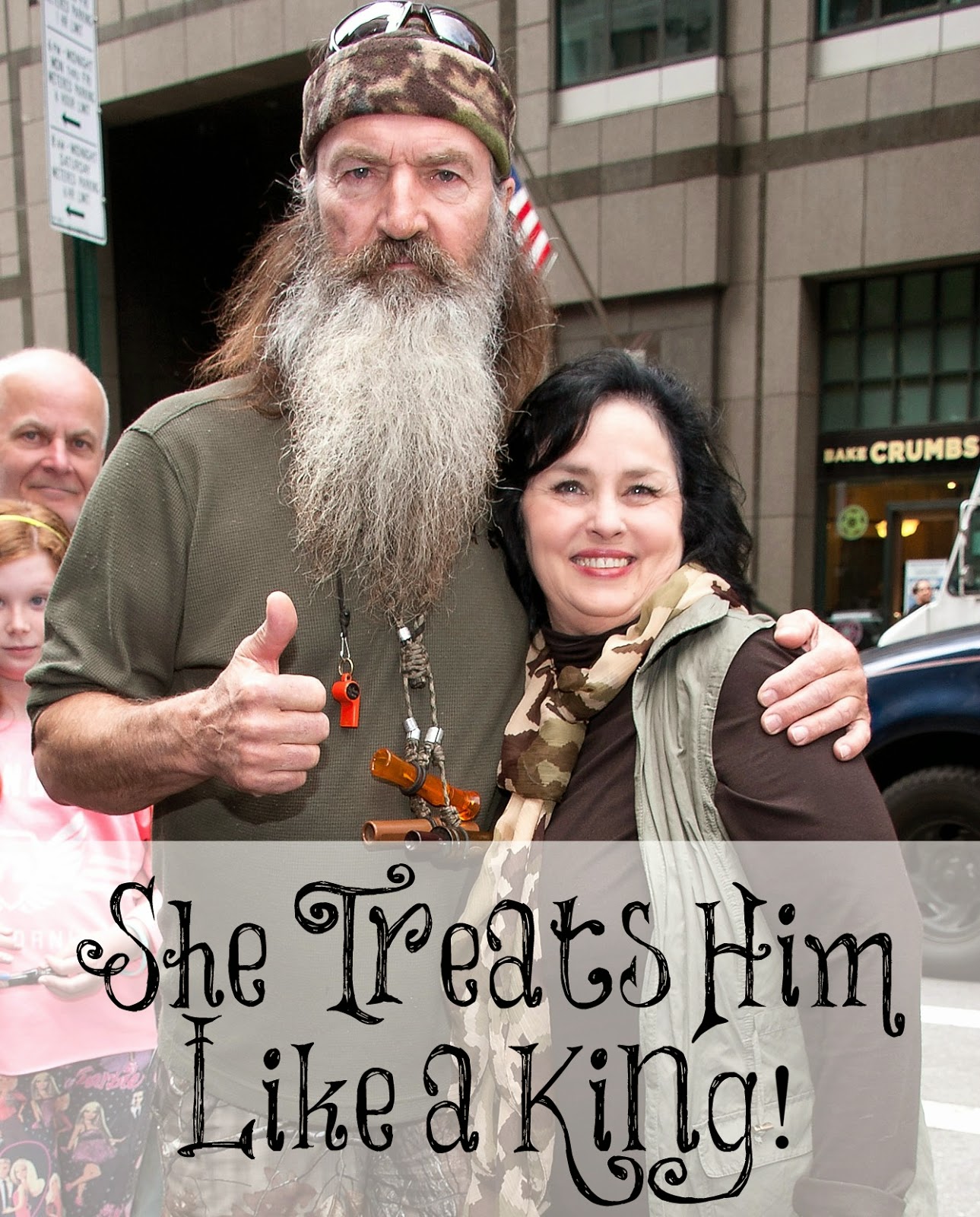 There is a video of Phil Robertson and his wife speaking about their marriage. I was very curious to see what they said about it so I listened. I am very happy I did! These are his words exactly ~

"Miss Kay is an exact replica of Sarah, Abraham's wife: kind, gentle-spirited and great work in God's sight...She treats me like a king. She literally treats me as her master. I don't force her to. She's just that kinda woman."

Kay is a godly, submissive wife who honors and obeys her husband, very rare indeed in this day and age.

For ten years while Phil lived as a "heathen," in Kay's words, she remembered her godly grandmother's words, "'One man, one wife' and they never left me. You're going to have to fight for your marriage." After fighting for her marriage for 10 years and realizing she couldn't do it on her own, that is when she fell to her knees and came to her own faith.

Kay said that for ten years, Phil was mean while living a godless life. She would tell her three small sons that this mean man that they called "dad" was not who their real dad was. She stuck by his side through the "worse" part of "for better or for worse" and won him to the Lord without a word {I Peter 3:1}.

Phil finally found Jesus. "The resurrection of the dead trumps the momentary pleasure of sin." He pointed to Kay and said,"That's my little sex machine over there and that's all I need."

By staying by his side for better or for worse, Kay sanctified her husband as the Bible says {I Corinthians 7:14}. She "renders him due benevolence." Kay is a great example for us to follow.

Even as Sarah obeyed Abraham, calling him lord:
whose daughters ye are, as long as ye do well,
and are not afraid with any amazement.
I Peter 3:6