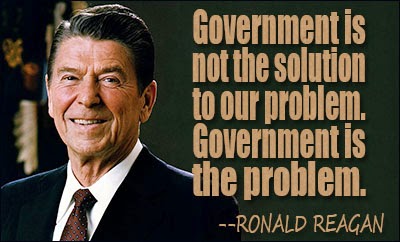 There are many women out there who don't like strong men. They dislike Ken, Cabinetman, Michael Pearl, John MacArthur, Ronald Reagan, etc. These men are all Command Men and many women seem to prefer gentle, sensitive, and emotional men, like themselves.

This is what Debi Pearl writes about Command Men ~

A few men are born with more than their share of dominance and, on the surface, a deficit in gentleness. They often end up in positions that command other men...They are born leaders. They are chosen by other men to be military commanders, politicians, preachers, heads of corporations, and managers of businesses...Since our world needs only a few leaders, God seems to limit the number of these dominant men...If you are blessed to be married to a strong, forceful, bossy man, as I am, then it is very important for you to learn to make an appeal without challenging his authority.

Cabinetman wrote a few posts on another blog. They were great posts detailing what it is like being married to a Command Man. It generated a lot of good discussion in the comment section. Some women were offended, so his posts were pulled...Imagine that!

One comment he made that really struck me is if you are wondering if you are married to a Command Man or not, you will know by how much conflict there is in the marriage. Command men won't passively sit back and let a wife take charge. He will fight her if she is unwillingly to submit and allow him to be the leader. Steady Men will usually just be quiet and allow the wife to lead. They are not the fighters that Command Men are.

Debi Pearl ends her discussion about Command men this way ~

A King wants a Queen, which is why a man in command wants a faithful wife to share his fame and glory. Without a woman's admiration, his victories are muted. If a wife learns early to enjoy the benefits of taking the second seat, and if she does not take offense to his headstrong aggressiveness, she will be the one sitting at his right side being adored, because this kind of man will totally adore his woman and exalt her. She will be his closest and sometimes his only confidante. Over the years, the Command Man can become more yielding and gentle. His wife will discover secret portals to his heart.

Yes, I am married to a Command Man. He would never let me take charge no matter how hard I tried, thank goodness. This world needs all kinds of men; Steady, Command, and Visionary for all different functions. It is wonderful to learn what kind of a husband yours is so you can become a better wife for him.

Another admonition I would love to give to some of you; if you don't care for the Command Man type, love them anyways as the Bible tells you to do. Strong, godly Command Men are very much needed in our society to preach the Gospel and even get involved in politics {Ronald Reagan and Abraham Lincoln, for example}.

If you are married to a Command Man, learn what it takes to become his queen. I have and I can tell you it is a wonderful place to be!

Be watchful, stand firm in the faith, act like men, be strong.
Let all that you do be done in love.
I Corinthians 16:13,14