Are Women Inferior to Men? 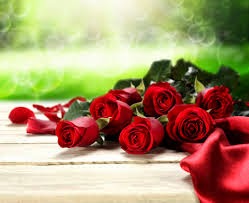 Some may think that I dislike women and think they are inferior to men since I write so often about women's failings in marriage. No, I do not think women are in any way inferior or less important than men. I think their value to society is immense. I just feel their greatest value is in raising godly offspring to further God's kingdom.

I have been reading Betty Friedan, a founder of the feminist movement, and her follow up book to the Feminine Mystique called The Second Stage. She began the feminist movement because she said that women were bored and unhappy at home taking care of their husband, children and home. She believed the best way to remedy this situation was to take the womb out of the equation; allow women to have complete control over their womb through birth control and abortion. Women were slaves to their womb, she believed and could never have careers, if their womb controlled them.

Therefore, she pushed for birth control and abortion to be freely had by all women so they could go out into the world, free themselves from the shackles of home and children, and have a career. {Consider carefully ~ Do you think God had any part in this?}

Twenty years later, she wrote this other book where she states all the harm done from the feminist movement. Women have full-time careers, children and a home to take care of, and no husband to help. Some women pursued careers instead of a family and when they were older, they were full of regrets and living lonely lives. Women were getting the same stress related diseases that men had, along with "emotional fatigue" and men were becoming impotent. She actually exposed me to SO many more negative consequences of the feminist movement than I even realized. She even attributes national unemployment and inflation to women leaving the home and getting careers.  She admits that the bridge that got stomped on on the way to women's "equality" was the family. This huge sacrifice was worth women being able to have careers???

I love women. They are the more emotional and nurturing part of society. They bring softness, gentleness and beauty into the world by the way they decorate their homes, arrange flowers, etc. They are MUCH better multi-taskers than men which is needed to raise children and keep a home. They birth babies and can raise them to further advance God's kingdom here on earth. God values women. He sent His Son to die for women just as much as for men. Jesus spoke to women who were the untouchables and showed love and mercy to them. He is the One who gave women dignity and worth, NOT the feminist movement.

The feminist movement was a big lie from the pit of hell. Women didn't need to control their womb for happiness. Are women today any happier then they were before the feminist movement? NO! Happiness comes from deciding to be happy, learning to be content in all circumstances, and finding our joy in the Lord wherever He places us. His place for most women is the home caring for their husband, children, and their home. Society was a much better and safer place when women were at home full-time with their children. Now, we have many children as latch-key kids, growing up without a father and being raised by single mothers, besides the millions of babies being slaughtered because they were inconvenient and in the way of a women's rights. This is freedom??? Controlling our womb, killing our babies and destroying our children's lives through single parenting and divorce??? {Consider again ~ Do you believe God actually had any part of this?}

Women, your greatest impact in society will be what you do for Christ. Bearing and raising godly offspring is a high honor from the Lord. If you can't have children, there are many others ways to have huge influences on other children; adoption, teaching, babysitting, etc. Women are good for children. Children need women in their lives, raising and nurturing them. God made us this way and it is good!

I will therefore that the younger women marry,
bear children, guide the house,
give none occasion to the adversary to speak reproachfully.
I Timothy 5:14

Well reported of for good works; if she has brought up children, if she has lodged strangers, if she has washed the saints' feet, if she has relieved the afflicted, if she has diligently followed every good work.
I Timothy 5:10

Titus 3:4 adds that older women are to teach younger women.