How the Joy Filled Wife Deals with Temptation 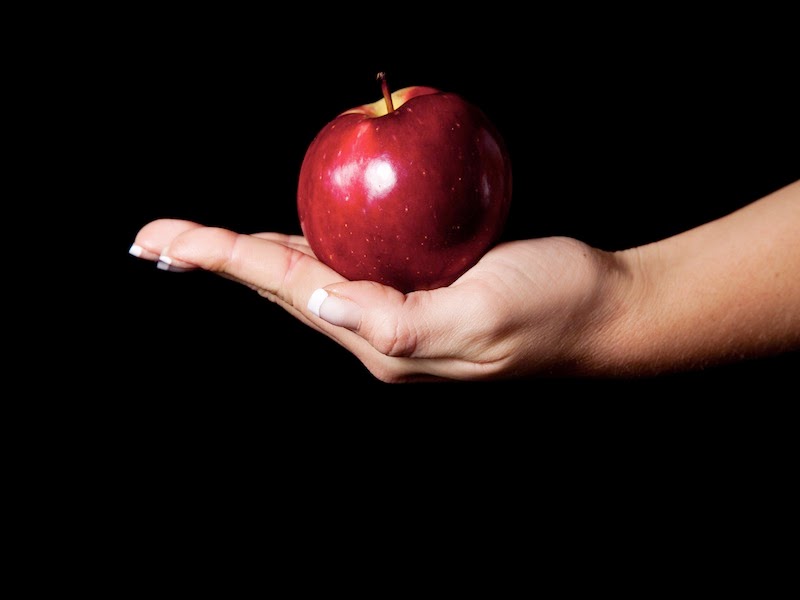 It's a fact of life that we can't ultimately avoid the things that tempt us 100%, unless we become a hermit and live in fear. We can easily give into fear and paranoia about coming into contact with the things that tempt us, if we are not careful. That's where I was with my husband's addiction in the beginning. I was absolutely paranoid that we would be somewhere and would walk past scantily clad women {which we did...CONSTANTLY, because that's the norm for most women nowadays}. That fear not only made the healing process take longer, but it caused strain on our relationship, it tempted me to judge the women instead of seeing them as valuable in God's eyes, and it provoked a hundred million sinful thoughts to go round and round inside my head. Fear is a nasty wildfire that grows quickly once a spark is kindled.

Trying to avoid the things that spur on temptation are usually wise in the beginning as the Lord works on our hearts, but we must be extremely careful not to allow ourselves to give into the fear of ever coming across those things that tempt us. Getting rid of that fear can sometimes be harder than overcoming the initial temptation we were struggling with because we may think that our fear of giving into sin is healthy. In reality, any kind of fear {except reverent fear of the Lord} is sinful. We are not trusting God when we are fearful.

Let's face the facts that the enemy is going to be very vigilant about making sure he presents as many opportunities for you to become tempted where you're most vulnerable, in hopes that you'll give into sin. You need to be aware of this, but not allow it to cause paranoia. That's really, really important. What I had to do {and I still do this!} is to say Scripture out loud right away when you feel temptation coming on. Look up Scriptures that tell you the Truth about the subject of contentment and the sin of envy and say them out loud {quietly, if you must} the second you start feeling tempted to become discontent with what you have or do not have.

Don't purposely walk around malls or electronic stores if they provoke you, but be aware that you probably can't avoid it entirely and it's important that you enact the plan to recite the Truth of Scripture whenever those moments of dissatisfaction arise {and that could happen when you're no t even a round those things!}. I am a big advocate of being very cautious about social media as well. I closed down my Facebook over 2 years ago and, after seeing how much more grateful and content I was by not being on there, I wish I had never started one in the first place. It's the same thing with Instagram or Pinterest or Twitter and such. If you find that something is constantly provoking temptation toward dissatisfaction, you don't need it in your life. We are tempted enough without anything adding to the problem.

I gave up almost every single thing in my life when my husband was living in sin and I did without some of the most basic, basic necessities of life while God was trying to get my husband's attention. My husband commented to me two nights ago after he had just finished spending time in prayer that he was so humbled and grateful that I was willing to give up everything to go along with the Lord's plan.

There was a time when we were literally days away from having to live out of the car and I told my husband, with a smile, that I would do so with joy, if the Lord so called us to do that. I lived with only a handful of articles of clothing {all which BADLY needed replacing}, one pair of shoes, and having only a half a cup of rice to be found in our home for food. There were many days when we didn't know where our next meal would come from or if we would end up homeless. The Lord took His hand of blessing off of everything we did, no matter how hard we worked, because He knew it would take something that drastic to finally get my husband's attention. There were times when I badly needed to replace my phone because it wasn't receiving or sending calls or texts and I needed it for appointments for my husband's company. We simply didn't have money to replace it.

It's was not my favorite thing to live void of some of the basic necessities of life {or some of the luxuries}, but I learned the valuable lesson of obedience to God and holding things very, very loosely. I told the Lord in my quiet times that I would gladly give up every luxury, and even basic necessities, if it would help point my husband back to the cross. I truly, truly, do know what it's like to have plenty and what it's like to be in want. I have learned the secret to being content in all situations. Remember, dear sister, that God desires to use the things you lack in order to cultivate in you complete satisfaction and contentment in Him. After all, what would you truly have if you had everything you wanted, but you didn't have Jesus? What in this life could mean any more than true contentment in Him?

No temptation has overtaken you that is not common to man. God is faithful, and he will not let you be tempted beyond your ability, but with the temptation he will also provide the way of escape, that you may be able to endure it.
I Corinthians 10:13