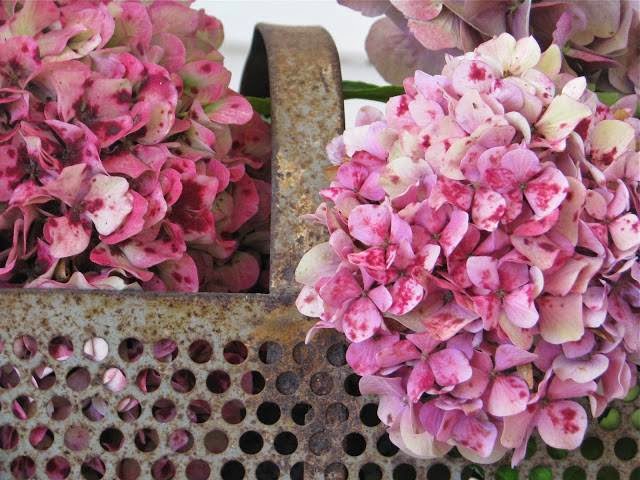 Perhaps I better understand what you are saying so easily because I'm married to a man who is quite strong in personality and will. In contrast, I have a family member who insists that she and her husband never fight. I believe that's probably true, not because I don't think they are individually incapable of fighting, but because they both are extremely mild-mannered and don't get too excited about anything, good or bad. They are both like this, except her husband is even more so and typically says "yes" to whatever she wants to do. Those facts may make for a fight-free marriage, but they don't show that they have a better marriage or even a more skilled method of communication than other couples. They just aren't very passionate people in general or strong leader types.

The reason the Scriptural model of marital roles will work for all marriages {with the exception of extreme cases like addiction, abuse, or infidelity} is because the focus of the advice is based on something perfect, unchanging, and holy. With general conflict resolution, in order for it to work, both people have to have the other person's best interest in mind. They have to be unselfish and willing to compromise. The problem is that we are all sinners with opinions, histories, sore spots, and different personalities. Conflict resolution may work well for personalities that are more selfless and amiable, but the advice will fall flat if attempted by persons who are selfish or strong. Conflict resolution works if both people have a noble goal in mind. When one or both of them don't, the method can't possibly succeed.

The reason that the Biblical roles in marriage will apply to all personalities and situations is because the main objective of each spouse is to obey God, who is unchanging and perfect. If you are not liking your spouse much that day and don't feel particularly amiable toward them, you are probably not going to want to work to resolve the conflict. If, however, you aren't feeling happy with your spouse but you are living out your role in marriage biblically, it won't matter if you feel amiable or not. You are living out your role for no other reason than to obey God. I can tell you, from personal experience, that conflict resolution strategies would never have worked with my husband during his time of addiction. His heart was cold toward me and he was miserable inside. He didn't feel like working things out and so he wouldn't have been able to meet me halfway. Because I didn't base my response in marriage on conflict resolution but, instead, on obeying God and fulfilling my Biblical role, I was able to help bring about true resolution {repentance} in my husband's heart because I followed God's advice on how to behave toward him, then a very difficult and unloving husband. Let's also not forget that, when we choose to obey God's Word and fulfill our Biblical role in marriage, the Holy Spirit is going to work in and through us because of our obedience.

PS- Just to clarify, when I said that Biblical roles in marriage don't work in extreme situations, I didn't mean that fulfilling your Biblical role won't bring about change in your spouse. Obviously, we know that it can. What I meant to say, but worded poorly, is that sometimes we can be obedient and fulfill our Biblical role and resolution may not end up happening if a spouse has a mental disorder, a sin that they refuse to repent of or walk away from, or has an addiction that causes them to lose their judgment and ability to respond in a sound way to another human being.

Let all bitterness, and wrath, and anger, and clamor, and evil speaking, be put away from you, with all malice: And be ye kind one to another, tenderhearted, forgiving one another, even as God for Christ's sake hath forgiven you.
Ephesians 4:31,31