His Wife Had a Major Temper Tantrum 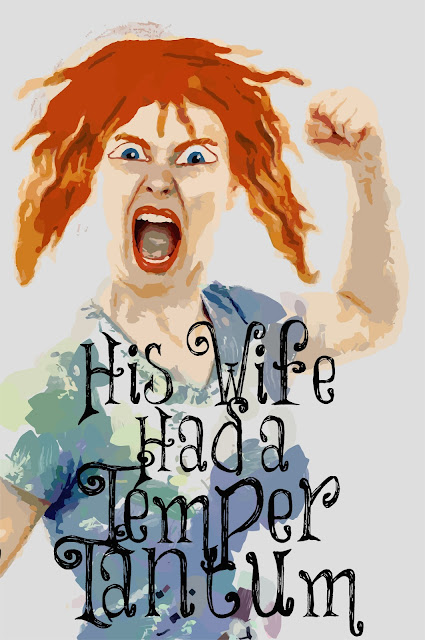 There's a post about a woman with three children who is tired and exhausted. When her husband walks in the door at 8:00 pm after a long day at work, he heads right for the couch and turns on the football game. I am sure he has been waiting all day just to be able to come home, relax, and watch football. However, at the same time, his children are fighting and the baby needs to be put to bed.

She yells at him, "It wouldn't kill you to help out a bit and get more involved in your children's upbringing."

He responds angrily, "I have spent the whole day working so you can stay at home playing with the doll's house."

They have a heated argument and she finally storms out of the house leaving the children with him for several days.

Then he wrote a letter after a few days of taking care of the children by himself telling her how brave she was for what she was doing at home. He understands her now since he has walked in her shoes. The feminists cheer! The problem with this scenario is that the wife has never walked in her husband's shoes. However for the wife, the children will grow up quickly and life will become easier for her {IF they are well-trained}, then she will have a lot of free time, but he will have to work hard to support his family for many, many years.

What should have happened in this scenario? Temper tantrums should NEVER happen in an adult's life! These should have been stopped by their parents the first time they had one as a child. The sooner a child learns that temper tantrums are unacceptable and that life doesn't go the way they want it to go, the better life will be for them.

Our children had one temper tantrum when they were very young but we quickly put a stop to it. They haven't had one since. Unfortunately, many today weren't stopped as children so they continue to have them as adults when things don't go their way. Oh, how I wish they would look in the mirror at themselves while having one to see how ugly they look.

This woman shouldn't have taken her exhaustion out on her husband, even if she had a rough day and was in a bad mood. The way she posed the question to him was disrespectful and was a way to manipulate him. If there is one thing men hate, it is to be disrespected. No, his answer wasn't good either but she provoked him with the question. Most men will react to a wife's tirade towards them by fighting or fleeing.

If you want your husband to help you with something, always ask in a respectful way. However, do everything in your power to get your children in bed and/or calmed down before your husband gets home. He needs time to unwind and relax when he first gets home. Most men would say this is an important part of the day for them. If you need help, respectfully ask your husband if he would help with the children during the commercials but if he doesn't want to help, keep your emotions under control, don't have a temper tantrum, and certainly don't walk out on him!

Kimberly Wagner wrote, "One thing I can't stress to wives enough—hug your man when he comes in from work! Greet him with a kiss and some love. Give him an encouraging word, and hold off on letting him know what a tough time you've had. He has had a long day. (You might have faced a challenging day yourself, but you show genuine love and care for your man when you take interest in him and his day above your own.) He's been hit with challenges that you haven't faced, and perhaps he fought battles you'll never know about. Be what makes it all worth coming home to."

This woman who gave her husband a "piece of her mind" shouldn't be cheered. Cheering for a woman behaving badly is becoming normal for our culture. In fact, cheering for anything ugly is normal today; for what is right is wrong and what is wrong is right. I doubt few readers of this post saw the error of her ways and most only saw the error of his, since it is politically correct to mock men.

Treat your husband with respect. If you mess up, ask for his forgiveness quickly. For men, respect is more important than anything else even when you have had a bad day. Control your emotions and reactions instead of allowing them to control you.

The wife see that she reverence her husband.
Ephesians 5:33