Are There Gender Differences? 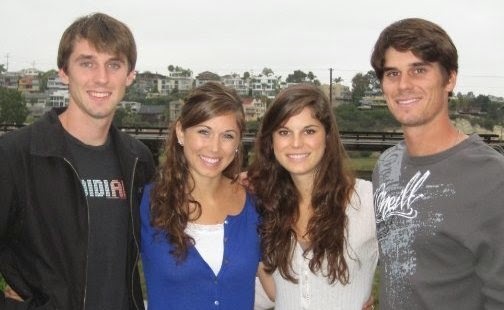 When I wrote my post We NEED Men In An Emergency, I received many disagreements. My only purpose was to praise the men in my life who helped me in a difficult situation. Some women thought women should learn to do everything men do in case we ever end up alone. Some tried to convince me that women are not the "weaker vessel." Others thought I probably had an anxiety disorder because of my typical female initial panic reaction to a massive wall of smoke and fire bearing down on my home!

Men have ten times the testosterone that women have. They are much stronger. Most women can't even do one pull-up. I never have been able to. Women can't play football against men! {Well, they could but they would be badly injured quickly.} The majority of firefighters, policemen, and military are men. Even the majority of car mechanics, plumbers, builders, and electricians are men.

Women have bodies designed with unique abilities to create and nurture new life. Our bodies were created by God to be different for many reasons and we should celebrate those differences as male and female to fulfill God given roles.

I have zero problem with this. I like the fact that men are bigger and stronger. I don't want to have the burden of learning how to fix everything and lift things way beyond my ability. Even if I ever have to live alone, I am sure the men in my life will come help me when I need help. I do not have to learn all male roles "just in case," because if even if my husband dies, men will still be all around me willing to help.

Several of my neighbors have called Ken when their husbands were away and they needed help. He's helped them with their computers, televisions, water heater problems, garage doors and when they thought someone was in their home, etc. He's happy to help.

So no matter what the feminists movement {and that is who it is!} says, men and women were created differently by God. Women are the nesters and nurturers and men are the providers and protectors. Nothing anybody can say will ever convince me otherwise. It's just as plain as night and day that men and women were designed to complement each other, not compete for importance or worse yet, equality of like kind.

No person will ever be completely equal to any other unless they are twins. Even then differences in intelligence, knowledge and talents will exist. Our society must stop trying to make a gender neutral world, but instead recognize the strengths of each gender and celebrate and honor these differences. Vive la différence!

Likewise, ye husbands, dwell with them according to knowledge, giving honour unto the wife, as unto the weaker vessel, and as being heirs together of the grace of life; that your prayers be not hindered.
I Peter 3:7