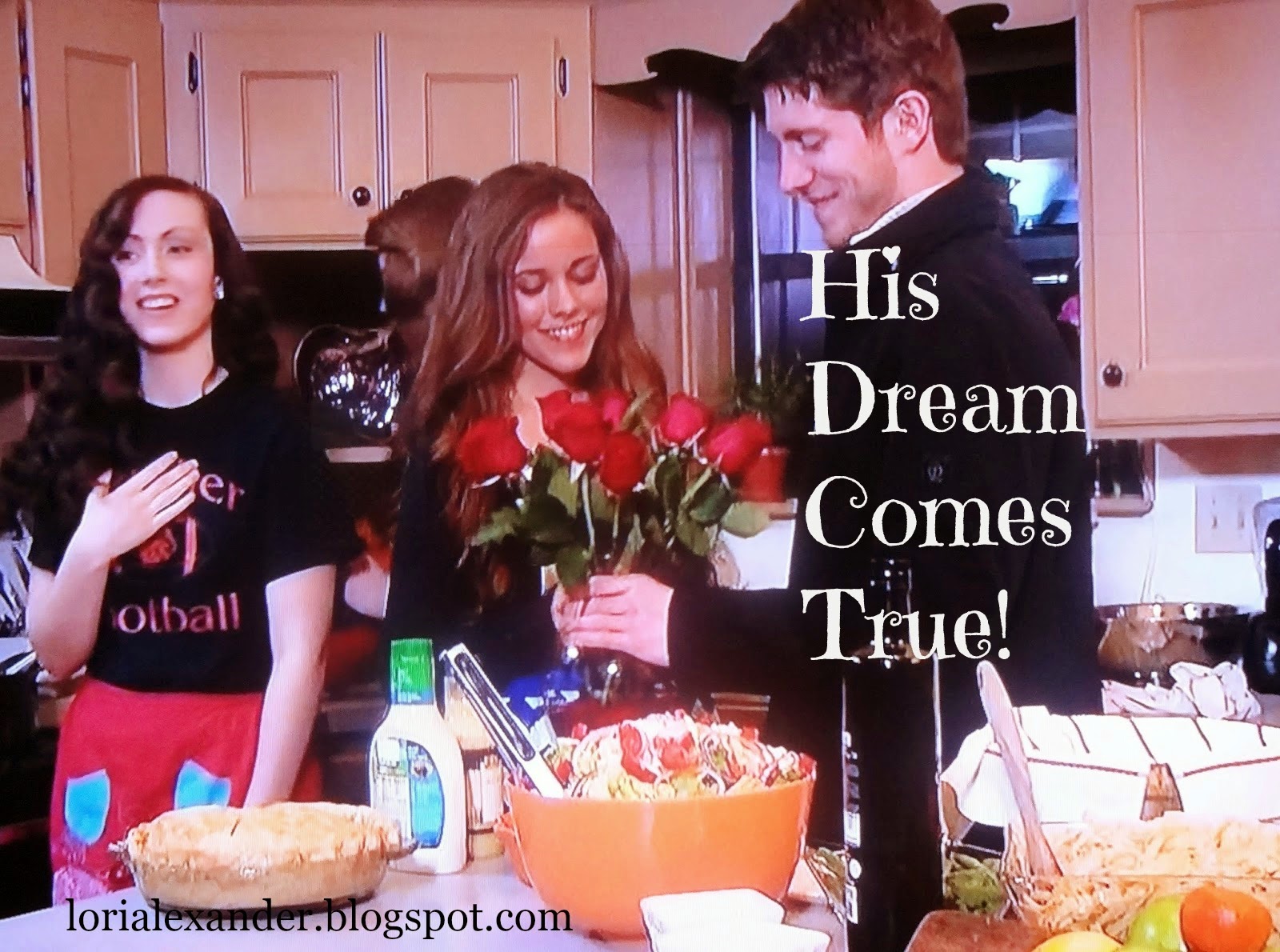 I love watching you cook, Jessa. It was a wonderful experience just walking in the door. Right away, I smelled this awesome aroma of good home cooked food but then seeing the most gorgeous girl in the world just standing there in that cute little apron and her hair all done up. It was incredible. It's like, "Is this a dream or something?"{Ben from 19 Kids and Counting}

Ben's words reminded me of an interview awhile back that I saw with Bill and Guiliana Rancic {a couple who does a reality television show}. He said, "I would love to just be able to come home after a long day of work, be given a martini, have a home cooked meal, and all the laundry done." His wife works on another television show besides their reality show and travels a lot.

Barbara Walters interviewed Mike Fisher and Carrie Underwood last year. She asked them when they wanted to have children. Mike quickly answered, "Now!" Carrie replied, "Someday. Maybe in a year or two." {It is dangerous to take your fertility for granted. It is more difficult to get pregnant the older you get and all forms of birth control, except the condom, are detrimental to you health.}

I believe most men would love this; to be able to come home, see their wives in an apron and cooking a wonderful smelling dinner. My personal opinion is that this is not asking too much, contrary to popular opinion. Jessa, from the Duggar show, explained that she will most likely be home cooking meals while Ben is out working. She doesn't think she is a good cook but she wants to learn to cook the food Ben enjoys.

Wearing an apron and cooking in a home are typically feminine roles. Women are told that being "barefoot and pregnant" is completely beneath them. This is all I ever wanted to be growing up, barefoot and pregnant. This is a God given desire and today's feminists movement has so distorted women's desires that even Christian women have fallen prey to its grasp.

Although Bill Rancic and Mike Fisher will always be much wealthier money-wise than Ben, who do you think is truly wealthy? If you have a husband, take care of him. Fix him good food. Take care of his laundry. Look as good as you are able. This will most likely contribute to a very happy, "wealthy" man.

The wisest of women builds her house,
but folly with her own hands tears it down.
Proverbs 14:1