An Ugly, Twisted Form of Submission 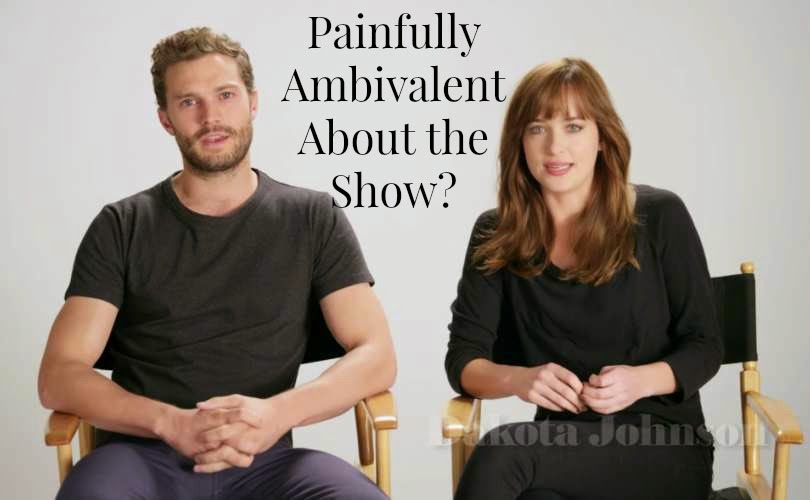 The two stars of Fifty Shades of Gray felt awful about filming the show, even comparing it to Hitler. I pray none of you reading this post or who claim the name of Christ will use your hard earned money to support such filth. Lindsay Harold is a frequent commenter on my blog and she helps explain why even the stars of the show have trouble with it. She wrote a comment on Matt Walsh's blog post back in July about this movie that was so profound I wanted to share it with you ~

I think women gravitate to Fifty Shades of Grey {and other erotica} because they haven't embraced the proper roles in sex and marriage. Feminism has taught them that they can never, ever, in any fashion submit to a man...unless it's during sex, if that sort of thing is their cup of tea. Anything goes in the bedroom. Feminism told them that it's degrading to be a stay-at-home mom or to submit to a husband or to want a lot of children. They should never have sex with their husbands unless they feel like it. They should never let a man make decisions for their family. But having a stranger use and abuse you sexually? Well, that's empowering, don't ya know

The other factor at play is that women are most attracted to men when men are most masculine. It's masculine and attractive to women for men to be in charge, confident, powerful, and robust. But feminism taught men to suppress these characteristics and taught women that any man who shows them is chauvinistic and oppressive. Thus men have learned to become passive and women have learned to hate and fear masculine men.

In much of life, the feminization of men may seem to turn out fine for both sexes. We live in a culture where we don't often need a man to fight invaders and women can do most jobs. If the gender roles are rather blurred or even reversed, we can still survive. But in the bedroom, women have a hard time being turned on by a wuss. During sex, the nature differences of men and women are more noticeable and important. When that difference isn't emphasized, it makes arousal more difficult. Women are turned on by a man's more masculine traits. Opposites attract.

When women find their sex life hum-drum because they either have a feminized man or have effectively emasculated him by forcing him to bow to their demands in order to get sex, they often get excited at the though of being dominated. Erotica, like 50 shades, appeals to their innate desire to feel a man's power and leadership, to be led and give up control. They may or may not realize it, but I think this is, for many women, the issue. They play a game of make-believe in their minds because feminism has told them it's taboo in real life.

Of course, the male dominance in 50 Shades of Grey is twisted and warped version that is debased and harmful. But in a culture of women yearning inside to find some semblance of real masculinity to submit to, it still appeals to them deep down. They don't have the real thing, so they fall for twisted counterfeits that have small glimmers of the masculinity they desire. They're like hungry people eating out of garbage cans, not realizing that they've ignored the gourmet restaurant down the street.

Ken adds ~ A Biblical marriage is what most women are longing for and do not know it. They want the strong, loving, masculine, but understanding Christian husband to lead them as Christ leads and loves His Church. To get these needs met they can marry such a Christian man, who is a rare commodity in today's world, or they can learn to "place themselves under" {submit} to their husbands and hope and pray that the Spirit of God will do His work to make their man into the attractive masculine man they long to serve. Not with whips and chains, but with true submission from a heart sold out to doing things God's ways.

For of this sort are they which creep into houses,
and lead captive silly women laden with sins,
led away with various lusts, ever learning,
and never able to come to the knowledge of the truth.
2 Timothy 3:6,7