Are Christians Still Under the Law? 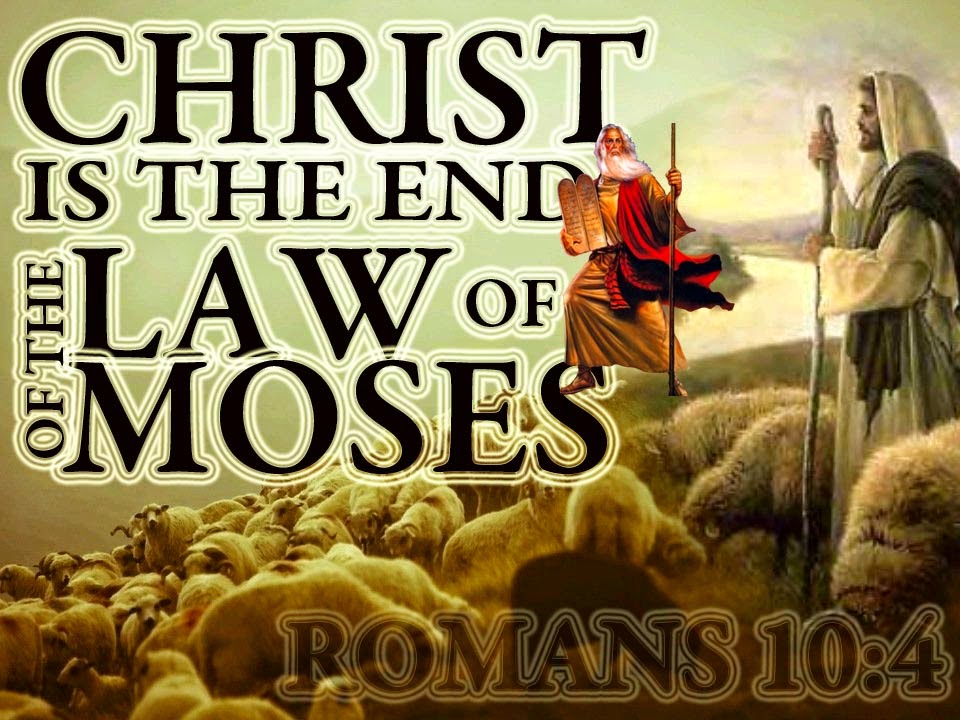 NO, Christians are NOT under the Law. The only way anyone could get to heaven before Jesus died on the cross was if they fulfilled the Law and obeyed it perfectly. A lot of what Jesus taught while He walked on this earth was how impossible it was for anyone to measure up to the Law. This is why we needed a Savior.

Many argued with me when I wrote about tithing and the reason they believe in tithing is because they still believe we are under the Law. Even my post about modesty, some wrote me rules for modesty from the Law. Yes, if you live under the Law, you must keep the rules of the Law but I just want to inform you that no matter what you say, you are not going to convince me that we still live under the Law.

Jesus fulfilled the Law completely for us. When He died, we died to the Law. "Wherefore, my brethren, ye also are become dead to the law by the body of Christ; that ye should be married to another, even to him who is raised from the dead, that we should bring forth fruit unto God" {Romans 7:4}.

In the whole book of Galatians Paul is exhorting Jews who became Christians and began living under the Law. "O foolish Galatians, who hath bewitched you, that ye should not obey the truth, before whose eyes Jesus Christ hath been evidently set forth, crucified among you?...Wherefore then serveth the law? It was added because of transgressions, till the seed {Jesus} should come to whom the promise was made...Wherefore the law was our schoolmaster to bring us unto Christ, that we might be justified by faith. But after that faith is come, we are no longer under a schoolmaster {the Law}." {All from Galatians 3}

Then in Hebrews 8:13, we are told, "In that he saith, A new covenant, he hath made the first {the Law} old. Now that which decayeth and waxeth old is ready to vanish away." You'll also find this teaching in Romans and other books of the New Testament. Hebrews was specifically written to explain the superiority of Christ over the Law and sacrifices.

I don't know how anyone who studies the Bible can really believe that we are still under the Law. Just these few verses prove it but all of Galatians was written to explain it clearly to us. I'm not going to be publishing any comments that disagree with me. I have heard them all before but I believe the Bible is very clear about this topic and no one is going to convince me that I live under the Law. Christ died to free me from the Law and the punishment of the Law and I intend to stay in the freedom the Lord provided for me! No one's going to put this baby under the Law! :) {Taken from the woot woot lady!}

If you're interested in doing an in-depth, amazing study of Galatians,
Michael Pearl's study on this is eye-opening!