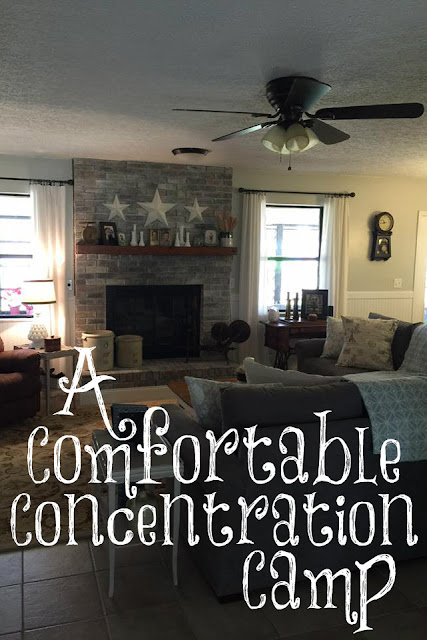 Betty Friedan, the founder of the National Organization of Women, grew up without a mother's love. "We really absolutely did not have a mother loving us."  Then as an adult, she had to deal with the rage she had towards her mother. Her home was one of conflict between her parents and was an unhappy home. She got married and participated in a violent, abusive marriage..."sugar bowls, books and the like seemed to fly." She later divorced and decided that women were trapped in their suburban home in a "comfortable concentration camp" with prisoners stuck inside.

Since she had a terrible mother with a horrible childhood and then a bad marriage, she made it her aim in life to cause many women to decide that being in their homes, married, and with children was a very bad idea. Thus began the feminist movement, when more and more women decided to leave their homes to pursue careers in hopes of finding "meaning and fulfillment" outside of the home, instead of raising children. Home was boring. Marriage was difficult. Children were inconveniences. Most of the prominent women who began the revolution known as the feminist movement had difficult childhoods; "Friedan and Greer had openly rejecting mothers, and Steinem, an absent father and an emotionally ill mother." {source}

These women who were raised in terrible homes by being unloved and abandoned by their parents championed the cause for all children to be raised the same way they were by getting mothers out of the home and their attention on their careers, instead of on their marriages and children. Does anyone understand this at all? If these women were raised in loving, warm homes, they would have felt completely different about mothers being at home bonding with and loving their children. Their mothers were not this way so they caused mothers to flee their homes and have, in the process, destroyed the lives of millions of women {and men since they also need mothers full-time when they are growing up} and unborn babies. Their homes may have felt like concentration camps, but this is not how God intended home to be. We, as the body of Christ, should not take these women's words and allow them to influence our decisions. No, we must take the Word of God and live by how God tells us to live our lives. {Friedan, later in life, realized her mistaken teachings.}

God says women are to be keepers at home. Marriage is a model of Christ and the Church. Children are blessings. I have known too many women who have problems with rage who were not loved and cared for by their mothers. Children need and want their mothers to raise them. Studies have proven how crucial it is for mothers to bond with their babies for emotional stability and security. Betty Friedan didn't have emotional stability nor security so she began a movement to tear down the only institution that can give these to children.

Going against God's stated commands in the Bible will never produce good fruit. God's place, the home, for woman is the most important place for you to be. Being a loving and submissive wife is His plan for you and to deeply love and nurture your children is what He wants you to do. Betty got it wrong. Home isn't a comfortable concentration camp; it's a comfortable, secure haven of rest for weary souls when it is a home that has decided that "for me and my house, we will serve the Lord."

By wisdom a house is built, and by understanding it is established; by knowledge the rooms are filled with all precious and pleasant riches.
Proverbs 24:3, 4

My people will abide in a peaceful habitation,
in secure dwellings, and in quiet resting places.
Isaiah 32:18