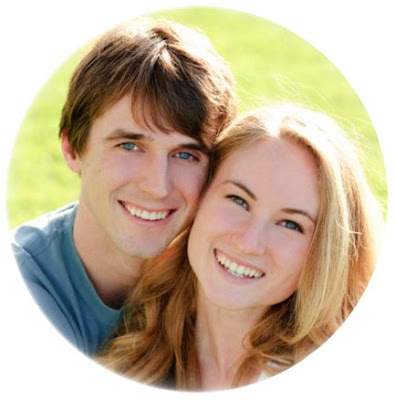 We went to Saturday night service a few weeks ago.  Our church is having an Intimacy Weekend for couples to help renew their love for each other.

The pastor of marriage and family was talking with Ken, Ryan, Erin, and me after service.  He looked at Ryan and Erin and said, "If you want to have a great marriage, you need to come!"

Ryan quickly responded, "We have an incredible marriage.  She lets me do whatever I want."

So that is the key...I started thinking about what he said.  The majority of women want to change their husbands and don't want to let them do whatever they want, ie, play golf, play video games, watch football, hang out with buddies, drink that soda, eat that piece of cake, etc.

I am going to let you in on a little secret that is very embarrassing to me now when I think about it.  I wanted to change the way Ken ate and I was SO bad.  I would pout, stew, and try to manipulate him to eat better. I ruined so many "fun" times because I was mad that he had eaten a steak or french fries.

He was a donut and pizza guy when I married him, but I had every intention of turning him into a health nut.  He actually had to sneak junk food and eat it when I wasn't around...I treated him like a child!  I have many regrets about treating him that way.  We lost lots of years when we could have been happily married.

Unfortunately, I was like this with my children also.  Steven told me several weeks ago that he thought eating sugar was a sin!  Isn't there a commandment in the Bible that says, "Thou shall not eat sugar???"

Moral of the story....Most people don't know how to do marriage...Most women want to change their husbands, because "we know best."

Take your key from Erin...Let him do what he wants. Your job is to love him by pleasing and serving him.  Let God change him, since He is the only one that can do that.

Your husband is a big boy...a grown man.  He doesn't need a mother.  He wants a wife.  He will love it if you love him just the way he is...

Likewise, ye wives, be in subjection to your own husbands; that, if any obey not the word, they also may WITHOUT THE WORD be won by the conversation of the wives.
I Peter 3:1

Better to live on a corner of the roof than share a house with a quarrelsome wife.
Proverbs 21:9

But let your adorning be the hidden person of the heart with the imperishable beauty of a GENTLE AND QUIET spirit, which in God's sight is very precious.
I Peter 3:4