Coming Out Of The Closet 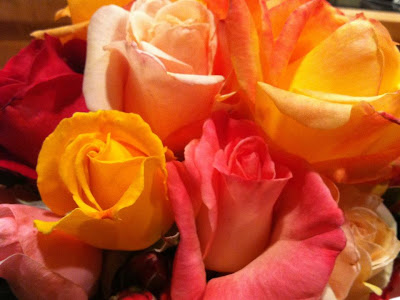 He has been very happily married for ten years.  He has three beautiful daughters.  He has just let everyone know he is gay.  He knew when he was very young that he was attracted to men and not women.  He told his best little girl friend when he figured it out.

They remained very good friends.  She started dating someone when they grew up and he was jealous.  They broke up and she got together with him.  He is Mormon.

He stated that everyone has to give up something in the choices they make.  If you are a doctor, you have to give up family time.  If you watch pornography or read trashy novels, you will harm your marriage relationship.  He realized if he lived the gay lifestyle, he would have to give up having a wife and children.  He didn't want to give that up so he decided to not pursue a gay lifestyle.  He also knew it was against his faith and beliefs.

He has a powerful story to tell.  I encourage you to read it here.  Being gay does not mean you are a sinner or that you are evil.  Sin is in action, not in temptation or attraction.  You don't get to choose your circumstances, but you do get to choose what you do with them.

He has gone on to live a wonderful life.  He has a great sex life with his wife because he knows sex is about love and intimacy over lust and feelings.  He loves raising his daughters.  He came out of the closet to give other gays hope that they, too, can live a normal lifestyle if they choose.  They don't have to give into their temptations.

We all are like this man.  We all have struggles and temptations but we don't have to give into them.  Sin has horrible consequences.  God has given us everything we need for life and godliness.  He works powerfully within us.  He tells us that we can do all things through Him.

This man's story is amazing.  It is inspiring in this day and age where everyone just gives into their passions and pleasures.  He is reaping what he is sowing.  He feels so blessed and loves his life.

There has no temptation taken you but such as is common to man:
but God is faithful, who will not allow you to be
tempted above that you are able;
but will with the temptation also make a way to escape,
that you may be able to bear it.
I Corinthians 10:13