Is There Anything Good About Secular Universities? 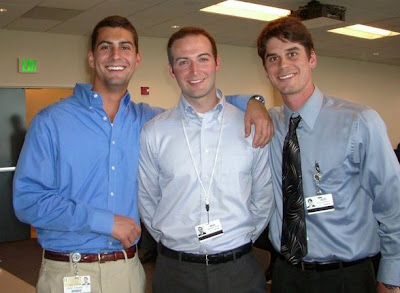 There were some good points brought up in my post titled The Perversion Of Universities.  We are called to be salt and light.  We need godly people permeating all areas of society and often that means getting degrees from secular universities.

Cassi read the comments and responded to one woman's question asking her if there were any good things that Cassi liked about going to the local university.  She said there were some things.  The cost for one.  It is much cheaper than private, Christian colleges.  She said she has enjoyed most of her professors and classes. She has met some very nice friends.

However, she said it would be difficult if she didn't have a firm foundation in Jesus and didn't come home every night to a home that seeks God.  She thinks the main cause of many people walking away from the faith after attending universities was from living in the dormitories and the partying, sleeping around, and junk that goes on there.  Additionally, a lot of the teaching is completely against her beliefs.

Your children are in danger of walking away from the Lord if they don't have a solid biblical foundation, a strong Bible preaching church, lives that have been transformed, and hopefully, a God-fearing family.

Steven just graduated from a secular dental school in San Francisco.  {He is officially a doctor now and heading to a two year orthodontic school in Houston in a few days!}  Even though it was a very liberal school with some gay professors he loved this school!  He loved his professors and his classes.  It was a wonderful experience for him.  He found a church that is on fire for the Lord and some Christian friends.  Sure, he was lonely at times, but he is strong in his faith and lives only to please his Master.

In conclusion, we are called to be salt and light.  If your children are grounded in their faith and have support around them, send them into the universities where they can shine brightly.  This world needs hope and we have that hope.

My pastor always teaches us that going to church is the locker room and the world is the playing field where we are to reach a lost world for Christ.  Take that call seriously, pray and seek God's will, and He will faithfully lead you and your children holding them firmly in the palm of His Hand.

You are the salt of the earth. But if the salt loses its saltiness, how can it be made salty again? It is no longer good for anything, except to be thrown out and trampled underfoot. You are the light of the world. A town built on a hill cannot be hidden. Neither do people light a lamp and put it under a bowl. Instead they put it on its stand, and it gives light to everyone in the house. In the same way, let your light shine before others, that they may see your good deeds and glorify your Father in heaven.
Matthew 5:13-16

The picture is Steven with his buddies from dental school.